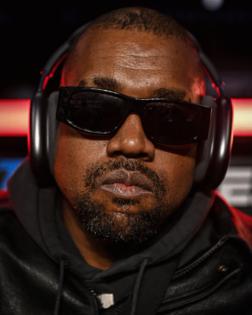 LOS ANGELES — Ye, the rapper formerly known as Kanye West, is being investigated for criminal battery by Los Angeles police after he allegedly punched a fan who asked for his autograph outside a downtown nightclub early Thursday, authorities said.

Ye is alleged to have pushed and punched a fan about 3 a.m. near the members-only Soho Warehouse in the 1000 block of South Sante Fe Avenue, according to law enforcement sources. Ye had a verbal exchange with the individual who was attempting to get his autograph when the encounter escalated into a physical altercation.

Ye had left the area by the time officers arrived at the scene and the alleged victim declined medical treatment, according to sources.

The incident is considered a misdemeanor battery, which carries a maximum jail sentence of six months in jail, authorities said. Any investigation results will be reviewed by the Los Angeles city attorney's office.

The incident comes a week after Ye was announced as a headliner for the Coachella Valley Music and Arts Festival in April.

Ye already released an eponymous album by the same name in 2018 and declared he'd go by the mononym in a tweet that year: 'the being formally known as Kanye West. I am YE," he wrote.

“Dune” and “The Walking Dead” actress Alicia Witt has broken her silence concerning “misconceptions” about her parents’ deaths after the couple was found in their Massachusetts home late last month.