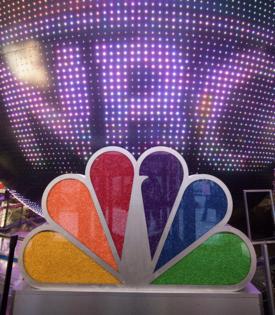 NBCUniversal, the media company most critical of the audience measurement data it receives from Nielsen, is testing an alternative service next month to track viewing of the Olympics and the Super Bowl.

The company announced it will use data from iSpot.tv, a Bellevue, Wash.-based company that measures audiences across linear TV and streaming platforms to provide viewing information on the two major events next month. Publicis Media, which owns several major ad-buying companies, has agreed to participate in the test with several of its clients.

NBCUniversal remains a client of Nielsen and will use its ratings as well for the events. But the test with iSpot.tv — which has a multi-year deal to provide its services to NBCU — will be the most high-profile effort to promote a viable competitor to Nielsen, long the dominant provider of data used to determine pricing for the $70 billion in commercial time that advertisers buy annually.

NBCUniversal said in a statement that it hopes to use iSpot.tv's data to determine rates for the spring's upfront selling season, when the bulk of commercial inventory for the 2022-23 TV season will be sold. The data will provide NBCU with a metric that will tell how many people watched programs and commercials across both conventional TV and streaming platforms.

Rationalizing the multibillion-dollar investment NBCU has in the Olympics has become more difficult in recent years as traditional TV viewing of the events has declined dramatically. But NBCU executives have maintained that consumers have been watching more of the events because of the wide array of offerings on its streaming apps. The network is hoping the data from iSpot.tv will help make that case.

Established in 2012, iSpot.tv's services are already used by half of the top 100 television and video advertisers.

"This is not a shift away from one panel-based system to another, but a definitive step toward embracing the metrics brands already use to evaluate media companies," said Kelly Abcarian, executive vice president, Measurement & Impact, NBCUniversal Advertising and Partnerships, said in a statement. "Our learnings from this partnership will help transform our measurement solutions as we head into the next upfront season and bring advertisers more data that accurately reflects our audiences, their consumption habits and campaign impact."

Media companies have long groused about the veracity of Nielsen's data, which are largely compiled through its panel of 40,000 homes across the country. But tensions have escalated in recent years as TV networks have seen their business upended by the TV audience's rapid adaptation to streaming video.

Major Nielsen customers were upset last year over difficulties Nielsen had in updating its panel, as COVID-19 protocols prevented its personnel from entering the homes of participants. The number of people using television in the 18-49 age group advertisers care about most was undercounted by 2%, which networks said cost them millions of dollars in ad sales.

In an interview with The Times last month, Nielsen Chief Executive David Kenny said his company could have communicated the issues it had with COVID-19 sooner, but was not able to fully determine the impact.

As for streaming, Kenny said the company now measures streaming activity in about half of the homes in its panel and will cover the entire group by the end of the year.

On HBO’s “Succession,” Brian Cox has played the billionaire media baron and bruising father Logan Roy to much acclaim. It’s a thrillingly profane performance that’s impossible to look away from.

It is the latest...Read More

The phone rings, revealing not just a call from a new number — but one from a new country as well (at least for me).

So, I answer my first-ever call from Iceland and hear a wonderfully familiar voice greet me on the ...Read More

CHICAGO — If its title didn’t already tip you off, “Tenor Time” — out on jazz label AFAR Music this Friday — declares what it’s all about from the very first track. An uptempo rhythm section, flavored with ...Read More

At some point in my childhood, there it was: My first Buster Keaton.

Was he on WGN? PBS? One of the two, probably. In the days before streaming, Blockbuster Video and VCRs, growing up in Racine, Wisconsin, meant being ...Read More

It wasn't supposed to go down in the kitchen.

That was the one room in the Chatsworth home doubling as the Williams family Florida residence in "King Richard" that was off-limits to the filmmakers because the appliances ...Read More