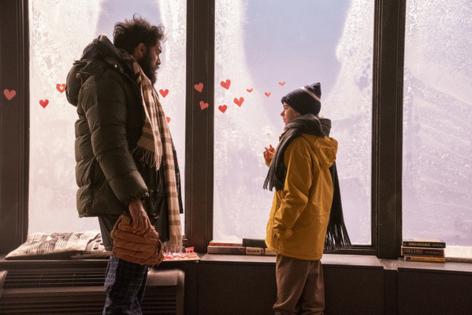 EDITORS: The following contains spoilers from the season finale of “Station Eleven.”

Since its debut last month, “Station Eleven” has drawn both acclaim (from critics including our own Robert Lloyd) and criticism (from fans of the novel on which it’s based, which it changes in key ways). Now, as HBO Max’s tale of a pre-, post- and post-post-apocalyptic society much like our own concludes, senior editor Matt Brennan and columnist and culture critic Mary McNamara have it out about whether the series was truly great — or something less.

Matt Brennan: With its emotional finale, “Unbroken Circle,” “Station Eleven” ties off the loose ends in its sprawling narrative: Tyler (Daniel Zovatto), a.k.a. the Prophet, reconciles with his mother (Caitlin FitzGerald); graphic novelist Miranda Carroll (Danielle Deadwyler) meets her fate; Sarah (Lori Petty) shuffles off this mortal coil; and, most importantly, Kirsten (Mackenzie Davis as a adult, Matilda Lawler as a child) reunites with Jeevan (Himesh Patel), capping off one of the most finely wrought love stories in recent TV history. Despite the tidy conclusion, I can only hope creator Patrick Somerville and HBO Max are in negotiations for a second season. Because in stretches the first comes achingly close to being a masterpiece.

Close. But no cigar.

Or, more precisely, it is half masterpiece, half not. In a way, “Station Eleven” is an interesting Rorschach test of apocalyptcism’s appeal. For me, it’s what I’ve taken to calling the series’ “present” — the scenes set around a flu pandemic that wipes out 99% of the world’s population — that vibrate with acute emotional energy. I’d long since grown skeptical of most “topical” art, often so calculated in its conclusions, but as Omicron surged and 2022 plans were suddenly canceled, “Station Eleven” began to feel like the first great screen fiction about the pandemic.

As the season unfurled, though, I found myself frustrated by a structure that, roughly speaking, toggled between the pandemic’s onset and a time, 20 years on, in which Kirsten and her Traveling Symphony have forged a new society through the cyclical performance of plays. Drawn from Emily St. John Mandel’s novel, the series’s speculative future edges up, in its most ill-conceived moments, to a kind of “Walking Dead”-meets-Terrence Malick self-indulgence, and it rarely convinced me, or held me by the throat, the way its speculative present did; I even weighed whether to skip the episodes set along the Wheel, the Great Lakes circle the Symphony traced. (Not to worry, I slogged through.)

I’ve spent the entire season trying to reconcile the above with my deep and abiding affection for the episodes — “Hurricane,” “The Severn City Airport,” “Goodbye My Damaged Home,” “Dr. Chaudhary” — that stuck, as the series has it, to the surprises of “just what happened,” and so actualized our own collapsing civilization through burning houses and corpse jets and big box stores-turned-maternity wards. Bearing the unmistakable mark of “The Leftovers,” the masterful apocalyptic fiction on which Somerville cut his teeth, these installments felt alive to me in a way the others never did.

I admit that it probably says something about where I am at right now that I wanted more of the disaster and less of the hope.

What did you think?