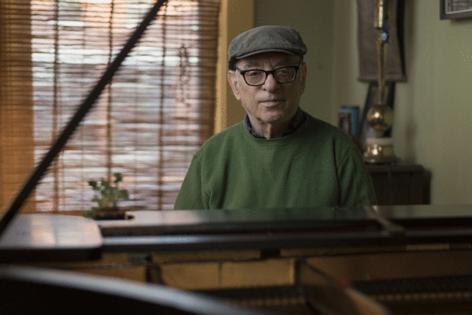 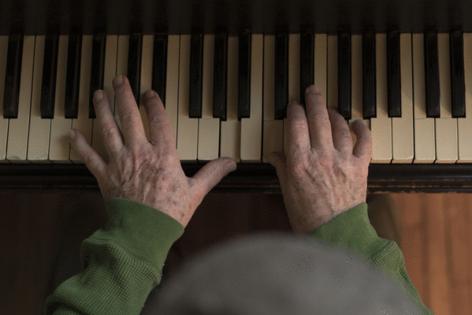 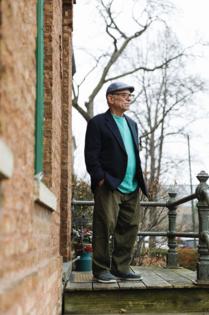 CHICAGO — Twenty years ago, across the Lincoln Park street where Erwin Helfer has lived since 1968, new neighbors moved in and installed a grand piano in their front window — and rarely played it. “A lot of rich people buy grand pianos and use them as furniture,” says the 85-year-old jazz and blues musician who has taught lessons on his upright living-room piano for decades.

Helfer, who grew up in Glencoe and attended New Trier High School, spent his early days on North Magnolia Avenue, near DePaul University. To find the sources of the boogie-woogie music he loved, he lived in New Orleans for a while, then in Chicago, he met influential pianists like Little Brother Montgomery, Cripple Clarence Lofton and Detroit Junior at South Side clubs and collaborated with them.

I know about the grand piano on Helfer’s block — the city ceremoniously renamed it Erwin Helfer Way in 2006 — because I lived a few doors down from him for three years. My landlord had mentioned this short, unassuming man in a flat cap who rode his bicycle everywhere, and I gathered the courage to knock on his door and ask for piano lessons. Helfer, who recently put out a book, “Blues Piano and How to Play It,” taught me Avery Parrish’s “After Hours,” the standard “Ain’t Nobody’s Business” and the structure of Thelonious Monk’s “Blue Monk,” although I never mastered the improvisation. I play his licks and riffs in rock cover bands.

In a phone interview from his longtime home, Helfer describes how his neighborhood has gentrified and how the pandemic knocked him off his routine and sent him into depression. His friends took him to the hospital, where he received electroconvulsive therapy. “As depressed as he was last year, he has a good outlook on everything,” says Steven Dolins, founder of The Sirens, an independent record label that puts out Helfer’s albums, most recently “Celebrate the Journey,” with the Chicago Boogie Ensemble. “He’s playing really well.”

Our phone conversation has been edited for clarity.

A: The neighborhood is unrecognizable. All these new homes are put up. I’m one of two or three that are really older vintage. Some have been revamped and changed into condos, where they kept the outside and redid the insides. It’s a very expensive neighborhood now. And the taxes are really high. But I can afford to pay them and I’m not moving out of the house.

Q: How did you come to buy this house in the first place?

A: I was living in South Shore, about 55th Street, above the Woolworths. Then I went further south, in the University of Chicago neighborhood, and the rent went really high. So I moved to Old Town and the rents were going up there. I was riding my bike around this neighborhood where I live now, and there was a sign by Sky Realty. I saw this place and ended up buying it — for a song.