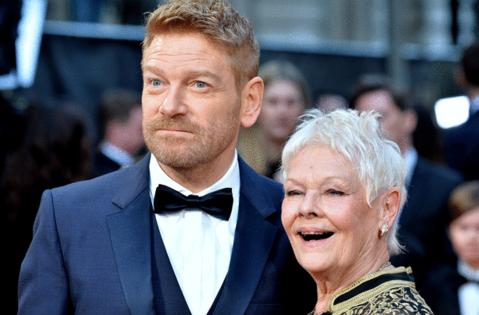 A couple of years ago, Kenneth Branagh was driving to Judi Dench's Surrey home to read her his screenplay and offer her the role of the grandmother for "Belfast," his personal story about growing up in Northern Ireland in the 1960s during the sectarian strife of the Troubles. Dench and Branagh have worked together now 12 times, so there's a shorthand and familiarity between them, a connection that Dench chalks up to them almost sharing a December birthday ("many years apart," the 87-year-old Dench notes).

Still, Branagh, 61, remains a bit in awe of Dench, still remembering what it was like when he first worked with her on a 1987 BBC production of Ibsen's "Ghosts" and he couldn't quite fathom that this legend, this Dame Commander of the Order of the British Empire, was actually taking him seriously. ("Or at least she was doing a wonderful performance of treating me like an equal operator," Branagh says, smiling.)

Thus, Branagh's "Belfast" reading for Dench felt like an audition, like he was coming to Dench with his "pack on his back." And as he was acting out the movie and putting every ounce of energy he had into the reading, in his mind, Branagh was picturing Dench sitting across from him, stroking a blue-eyed Persian cat like the Bond villain Blofeld, and saying, "So, Mr. Branagh ... you really think this is a movie ...."

"She has a very healthy, a very rigorous, and I would say savage, artistic judgment and artistic conscience," Branagh says. He's seated on a sofa in a London hotel room, and Dench is next to him. And when she hears Branagh's description of her acumen, she bristles.

"I mean 'savage' in terms of rigorous," Branagh, chastened, offers, walking the word back a bit.

Dench turns to him. "Was I savage when I gave you notes for 'Much Ado About Nothing'?" Branagh casts his eyes downward. He knows where this is headed. "Well ..." he begins. But she cuts him off. "You wouldn't stay for the notes!"

"We have had our run-ins about these kinds of things," Branagh says. He circles back to his verbal trespass. "I would say 'savagery' in terms of being an artistic Puritan." Dench nods, satisfied. "That is much nicer." Branagh laughs. "Well, it's in the same world!"

The whole hourlong conversation goes like this. I'll ask a question, and the genial Branagh will answer with a polite earnestness, enunciating every word with peerless precision. And then Dench will tease him or correct the record or say something to make him laugh.

It has been this way between them from the beginning, since that long-ago production of "Ghosts." The director tried to create and enforce what he thought was a proper atmosphere of tension on the set. Branagh, Dench and castmate Michael Gambon were seated around a dinner table, rehearsing a scene. Potatoes were being served. Instead of asking for one, Gambon demanded eight. Branagh and Dench lost it and were asked to leave the set for the day.