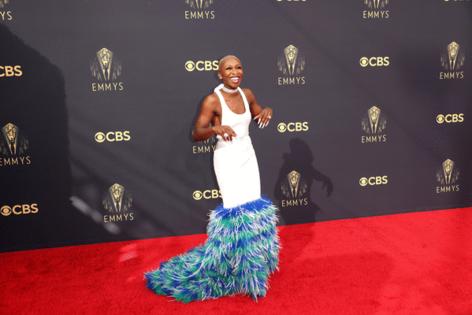 If you need more proof that the Queen of Soul has been portrayed by great performers, look no further than the Screen Actors Guild Award nominations announced Wednesday morning.

Jennifer Hudson received a nod in the category of best performance by a female actor in a movie for her role as Aretha Franklin in the biopic "Aretha."

Before her death in Detroit in 2018, Franklin chose the Oscar winner for "Dreamgirls" to play her on the big screen.

Hudson will be competing against Jessica Chastain in "The Eyes of Tammy Faye Bakker," Olivia Colman in "The Lost Daughter," Lady Gaga in "House of Gucci" and Nicole Kidman in "Being the Ricardos."

In the small-screen category for TV movies and limited series, Cynthia Erivo landed a best performance by a female actor nomination for "Genius: Aretha" from the National Geographic network.

"Euphoria" star Sydney Sweeney has opened up about her experience objecting to shirtless scenes on the set of the hit HBO series.

In a recent interview with the Independent, Sweeney said "Euphoria" creator and director ...Read More