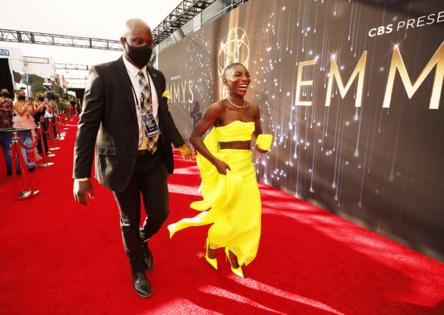 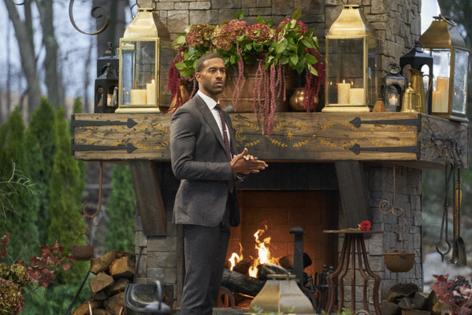 The audience for the 73rd Emmy Awards erupted in cheers when Michaela Coel, the creator, star and key force behind the bold HBO dramedy "I May Destroy You," was announced as the winner for writing for a limited or anthology series or movie.

The jubilant response at the September ceremony signaled a deep appreciation for Coel's semi-autobiographical story of a young influencer wrestling with the trauma of sexual assault, not to mention the series' distinctive backdrop, the African and West Indian immigrant communities of modern London.

But Coel's eloquent acceptance speech also alluded to the challenges that come with telling, as she urged, "the tale that scares you, that makes you feel uncertain, that isn't comfortable."

After all, despite a record-setting number of nominees of color, for such acclaimed programs as "I May Destroy You," Barry Jenkins' literary adaptation "The Underground Railroad," and the topical horror anthology "Lovecraft Country," conventional fare with mostly white casts — "Ted Lasso," "Mare of Easttown," "The Queen's Gambit" and "The Crown" — dominated the night's top prizes.

A little more than a year after the murder of George Floyd ignited worldwide protests for racial justice, Coel's moment in the Emmy spotlight underscored the halting progress and continued struggles of Hollywood and the entertainment industry in their efforts to embrace diversity and the value of inclusion after the reckonings of 2020.

"Diversity" may have become an even more popular buzzword in show business circles since the summer of 2020, but the goal of attaining full and meaningful multicultural representation remains elusive.

If 2020 was the year of awakening, then 2021 was the year of accountability, as observers and consumers looked to cultural institutions, corporations and individuals to make good on their promises.

After a Los Angeles Times investigation published in February found that the Hollywood Foreign Press Association, the organization behind the Golden Globes, had no Black members, powerful entertainment publicists announced a boycott of the group and NBC canceled its telecast of the 2022 ceremony — leading the HFPA to induct its largest class of new members and accept other reforms in an attempt to diversify its ranks.

The first Tony Awards since the start of the COVID-19 pandemic came under fire for leaving the most-nominated production — Jeremy O. Harris' "Slave Play," set at a retreat on a former Virginia plantation and featuring provocative treatment of interracial relationships — empty-handed. Latino playwright Matthew Lopez, whose "The Inheritance" won for best play, called for more diverse stories on Broadway, as did honoree the Broadway Advocacy Coalition.

The last thing you see before the title card for "Hotel Transylvania: Transformania" drops at the end of the movie is a character shrugging with a smile as if to say, "It is what it is." It's a pretty good summation of the...Read More

MINNEAPOLIS — After nearly six years of legal wrangling, parties to Prince's estate have finally agreed on its value: $156.4 million.

That's far more than the $82.3 million appraisal by the estate's administrator, ...Read More