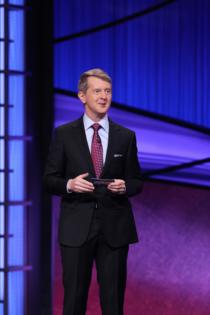 Producers of the game show said Wednesday that Mayim Bialik and Ken Jennings will continue to share the job through the end of Season 38, taking them through the summer.

Bialik and Jennings took over the role earlier this year after the show’s executive producer, Mike Richards, was briefly named host of the syndicated series before leaving amid controversy.

“Delighted that @missmayim and I will be with you all season on @Jeopardy!” Jennings tweeted.

The show employed a rotating lineup of guest hosts before Richards was tapped as host of the primary “Jeopardy!” show in August.

Richards, 46, stepped down less than two weeks later after past incidents involving the TV personality resurfaced, including a 2010 lawsuit from a former “The Price Is Right” model who claimed she was discriminated against after becoming pregnant.

Bialik, who starred as Amy Farrah Fowler on “The Big Bang Theory,” was originally named the host of prime-time “Jeopardy!” specials and spinoff series. She began hosting episodes of the daily show in the absence of Richards, who also got the boot as the program’s executive producer.

Jennings — who won more than $4 million as a contestant on “Jeopardy!” — started hosting episodes as well in September.

Before August’s announcement, both Bialik and Jennings guest hosted episodes after Trebek’s death. Aaron Rodgers, Katie Couric and LeVar Burton are among the other stars who were guest hosts during that time frame.

“Jeopardy!” also announced Michael Davies will remain executive producer through the end of the 38th season, which runs through July 29, 2022.