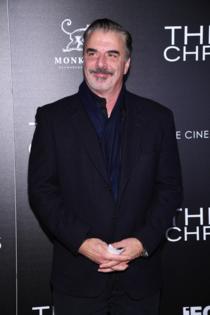 Adding to the fervor, the beloved actress who portrayed liberated sexpot Samantha Jones on the popular HBO series publicly swore off appearing in the new spinoff “And Just Like That…”

Noth described the fallout as “sad and uncomfortable.”

In a new interview the “Law & Order” alum admitted he had “absolutely no idea” why Cattrall chose not to reprise her role as the scene-stealing character.

“I have to tell you, I have absolutely no idea what her thinking is, or her emotions. I do know that I’m very close with SJ and [Cattrall’s] descriptions of her don’t even come close,” he told The Guardian, before adding, “I liked her, I thought she was marvelous in the show.”

“Some people move on for their own reasons,” Noth continued. “I don’t know what hers were. I just wish that whole thing had never happened because it was sad and uncomfortable.”

The actor — currently starring on the CBS crime series “The Equalizer” — was unsure if the infamous character should return because he thought he had reached the end of his arc.

However, “Sex and the City” showrunner Michael Patrick King changed his mind.

“It was a long conversation, it continued through the pandemic and he took in a lot of my ideas and we came up with a way for me to work into it,” Noth revealed.

Die-hard fans of the Darren Star-created series will get a chance to see how the new storylines affect old characters when “And Just Like That…” begins streaming Thursday on HBO Max.

MINNEAPOLIS — "Welcome to Flatch," a Fox sitcom debuting in March, takes place in a fictional small town in Ohio. But the promising half-hour comedy has some strong Minnesota connections.

As I look forward to the next installment of "And Just Like That...," HBO's 10-episode sequel to "Sex and the City," I'm finally over the initial shock of Big's death.