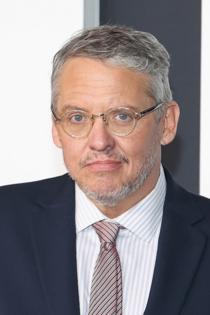 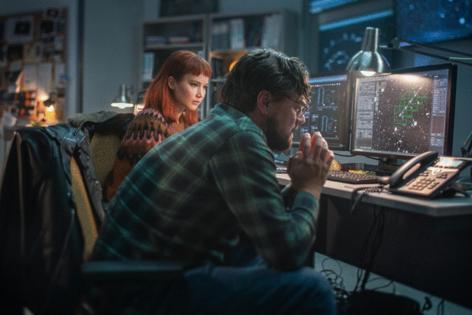 Adam McKay nearly walked away from "Don't Look Up" once the pandemic hit.

The Oscar-winning writer and director, who helped shape the face of comedy over the last 20 years with his films "Anchorman," "Step Brothers" and later "The Big Short" and "Vice," was finished with his script and ready to start shooting the apocalyptic satire — think of it as "Armageddon" meets "Idiocracy" — before COVID-19 delayed the production's April 2020 start date.

Then as the pandemic played out on the world stage, McKay saw how uncomfortably close his script — which set out to lampoon the reaction to a cataclysmic, world-ending disaster — was to real life events.

"I wasn't even sure we were going to do the movie," says McKay, on the phone last week from New York, just days before the film's gala premiere. "I was home with my wife and two daughters in quarantine, and I was watching large tracks of the movie happen in reality, over and over. And the cast and my producers were texting me saying, 'Oh my God, did you see this just happen? That's right out of the movie!' And then the peak of it was when the president of the United States, regardless of who you voted for, we could all admit it was pretty insane when he floated the idea of ingesting bleach to deal with a virus. So that was where I'm like, 'Oh my God. How do you parody that?'"

The 53-year-old McKay's breakthrough on going forward with the movie came when he looked at the script with new eyes through the lens of what the world had experienced — and continues to experience — during the pandemic.

"I realized the movie was really about how we've broken our lines of communication through click culture and privatized media, and that's really what it's about," says McKay. "It was cool to pick up the script and read it and see it in a totally different way. And I was like, you know, I think we can do this. The only change I made was I had to cut some stuff — I had a thing about how the comet spending bill had a tax break for the 1% in it, and then, sure enough, through the previous administration, the first COVID spending bill had a tax break for the top one percent — and then make other parts of the script a little crazier."

In the film, DiCaprio and Lawrence play a pair of Michigan State University astronomers who discover a comet hurtling toward Earth that will end all life in six-and-a-half months. (McKay calls the university's depiction "flattering," and the two Spartans are essentially the heroes of the story.)

When they try to warn the government and the media, their message falls on deaf ears, and the movie becomes a sendup of modern media, today's politics and the way we distract ourselves with meaningless television, memes and bogus conspiracy theories rather than listening to science and taking action.

The film's initial seeds were planted from McKay's own anxiety about the climate crisis, a looming catastrophe that we're pretending, in large part, isn't happening. While discussing the fact that no one is talking about it, a friend made an offhand remark that a comet could be on a collision course with Earth and no one would care, "and I was like, that's the movie," McKay says.