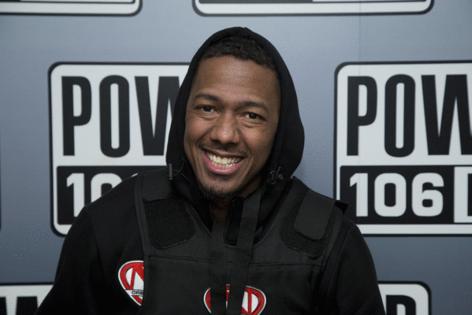 The entertainer made the announcement on his eponymous daytime talk program.

Cannon told of how Zen’s tumor grew rapidly and said, “We knew that the time was” before he got choked up and had to take a pause.

The studio audience at “The Nick Cannon Show” seemed to realize what was coming, with sad groans and an “Oh no!” from an audience member.

Cannon detailed the illness’ history, saying he expected a routine visit when he took his little boy to a doctor to examine a frequent cough.

Zen, whom Cannon welcomed with model Alyssa Scott in June, was diagnosed with a brain tumor, with fluid building up in the child’s head. The illness quickly escalated around Thanksgiving, and Cannon, whose show is recorded in New York, went to California to see his son.

“This weekend, I made a valid effort to spend the most quality time I could spend with Zen,” Cannon said.

He said they went to the ocean together Sunday. Cannon then got into a car to go to the airport to return to work, but had the vehicle turn around so he could spend more time with Zen.

Zen was Cannon’s seventh child, and first with Scott. He also has two kids each with Mariah Carey, Brittany Bell and Abby De La Rosa.

“I will love you for eternity,” Scott captioned an Instagram post following the baby’s birth this year.