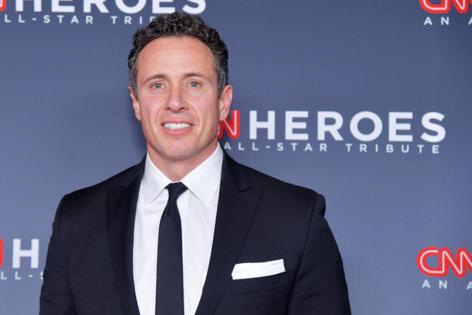 The WarnerMedia-owned cable news channel announced Cuomo’s dismissal in a statement issued Saturday that noted the company had brought in an outside law firm to review the situation.

The review apparently revealed more information that showed Cuomo crossed the line in his role in advising Andrew Cuomo over how to handle the allegations that he harassed 11 women. Andrew Cuomo resigned as governor in August.

“Chris Cuomo was suspended earlier this week pending further evaluation of new information that came to light about his involvement with his brother’s defense,” the company said.

“We retained a respected law firm to conduct the review, and have terminated him, effective immediately. While in the process of that review additional information has come to light. Despite the termination, we will investigate as appropriate.”

Cuomo, 51, was informed of his termination by CNN President Jeff Zucker, according to a person familiar with the situation who was not authorized to comment publicly.

The termination of Cuomo, who joined CNN in 2013, ends a saga at the channel, where there was an internal struggle to rationalize the anchor’s actions, which were a clear breach of journalistic ethics.

CNN suspended Cuomo on Tuesday, a day after the release of a report from the office of New York state Attorney General Letitia James showing that the journalist was deeply involved in shaping his brother’s defense against the harassment charges.

Later in the week, an outside law firm was brought in to review the 1,500 pages of testimony by Chris Cuomo and other materials, such as text messages. The probe found a significant violation of CNN’s journalistic standards that prohibit an employee from acting on behalf of a political figure or cause.

Apparently the breach went well beyond whatever Chris Cuomo had told CNN management about how he advised his brother when the matter first came before them in the spring.