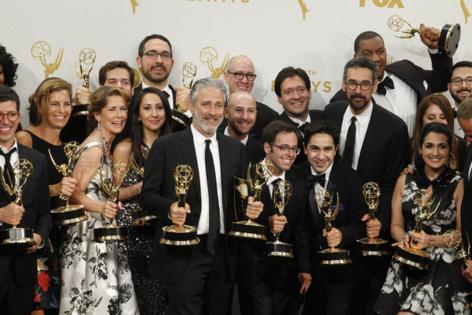 The former host of Comedy Central’s “The Daily Show” has been tapped to join Jennifer Aniston, Gabrielle Union, Kathryn Hahn and Allison Tolman in the cast for the “Facts of Life” revival for ABC’s third “Live in Front of a Studio Audience” special.

According to the network, the comedian and activist will play a “surprise role” in the show, executive produced by Norman Lear, Jimmy Kimmell, Kerry Washington and Justin Theroux.

“The Facts of Life” reenactment will be paired with a staging of its parent show, “Diff’rent Strokes,” starring Kevin Hart, John Lithgow and Damon Wayans.

Ann Dowd will appear in both episodes as Mrs. Garrett, the role played by Charlotte Rae on both shows.

There will also be other special guests.