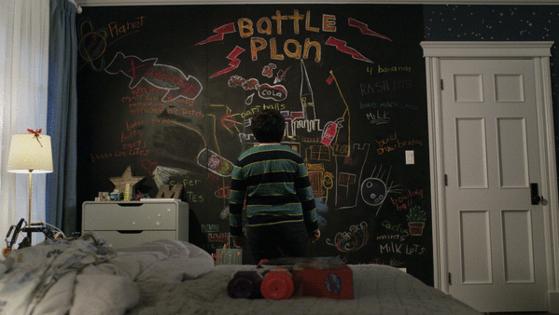 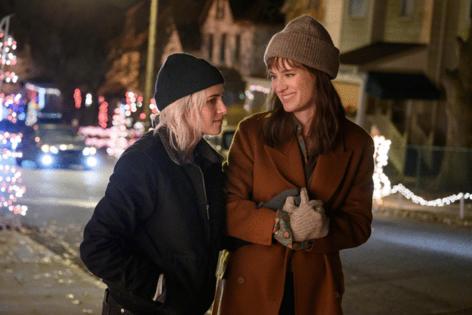 George Bailey and the "Peanuts" gang make great holiday guests. But their behavior can get a bit predictable. Just once, I'd like to see Linus Van Pelt shake things up by reciting from the Gospel According to Kanye West. I'd never suggest abandoning old friends but you might want to consider also inviting these newer treats into your home:

"Santa Inc.": This eight-part series uses the same stop-motion animation approach we loved in such Rankin/Bass classics as "Rudolph the Red-Nosed Reindeer." But the language has more in common with "South Park." Sarah Silverman voices the elf who will do just about anything to become the first female Santa Claus. Earning a spot on the naughty list has rarely been this much fun. HBO Max

"A Boy Called Christmas": There have been a lot of stories about the origins of Santa Claus, but few are as enchanting as this one that plays out like a holiday version of "The Princess Bride." Kids and parents will love it. Netflix

"Robin Robin": The studio behind "Wallace & Gromit" offers this short and sweet tale about a bird that dreams about being a mouse. Gillian Anderson proves to be just as menacing as the voice of a hungry cat as she was playing Margaret Thatcher in "The Crown." Netflix

"Carol of the Bells": Every episode of "Ted Lasso" delivers its fair share of goodwill but this special Christmas edition from the second season is extra optimistic. Watching Rebecca skip an Elton John bash to hand out gifts and Higgins throw the ultimate house party will cure any holiday blues. Apple TV+

"Baking It": Andy Samberg and Maya Rudolph host this spinoff of "Making It" in which contestants show off mouthwatering cookies, cupcakes and other sinful treats. It's not quite as charming as the original but the former "SNL" cast members manage to have a jolly good time. Peacock

"8-Bit Christmas": Fans of "A Christmas Story" will get a kick out of this tale about an '80s kid who dreams about getting a Nintendo set. His parents worry that video games will do more damage than shooting his eye out. Minnesotan Steve Zahn, playing the exasperated father, takes extra joy in making Wisconsin jokes. HBO Max

"Happiest Season": This film actually came out last year but it's charming enough to deserve another push. Kristen Stewart plays a woman who bonds with her future in-laws during the holidays. One tiny problem: Their daughter hasn't told them she's gay. Hulu

"Hot Mess Holiday": You expect saris and Bollywood dancing in a film that revolves around Diwali. Instead the references to raunchy sex parties and a jewel heist shatter most of those stereotypes. Kal Penn and Lilly Singh are among the high-profile Desis making cameos. 7 p.m. ET Dec. 11, Comedy Central

"Mariah's Christmas: The Magic Continues": Mariah Carey has one of the bestselling holiday songs of all time — and one of the kookiest holiday specials. Let's hope this sequel to her 2020 TV offering will be just as magical. Apple TV+

"Home Sweet Home Alone": The beloved franchise marches on, this time with a rascally British kid and a few cameos from "SNL" veterans. Our abandoned "hero" goes up against a financially strapped couple who are way too sweet to be subjected to the little monster's abuse. Disney+