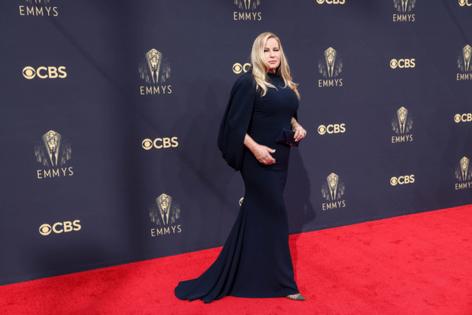 Coolidge, 60, has been a queer crowdpleaser and laugh-out-loud fixture in a number of camp classics over the past two decades, including “Legally Blond” and “Best in Show.” She was recently seen in the HBO pandemic-era hit comedy “The White Lotus.”

In one of her lines, a self-referential dog whistle to her rainbow-powered fan base, Aunt Sandy says that “the gays know how to do stuff. For some reason, they are always obsessed with me.”

In a recent interview with The A.V. Club to promote the film, Coolidge asked if she had any idea why she had such a “big queer fandom.” She answered that the love is mutual, and that it has always been this way.

“It just started from a very young age,” she said. “I don’t think when you’re young, you’re very conscious of any decision you make … You go with what you’re attracted to. I think that’s really what most of our youth is. And that’s just what I was attracted to in all my friends. I don’t think they had figured it out at the time when we were really, really young, but they eventually figured it out.

“And yeah, and it was all the gay men and all the gay women in my town, at my school or at camp,” she continued.

“I think it’s just a mutual thing. I was never conscious of it, ever. It was just the people I was attracted to,” she added.

Co-star Kathy Najimy, who was also participating in the Zoom interview, then added to the conversation saying, “The gays have good taste.”

“They really do,” Coolidge agreed.