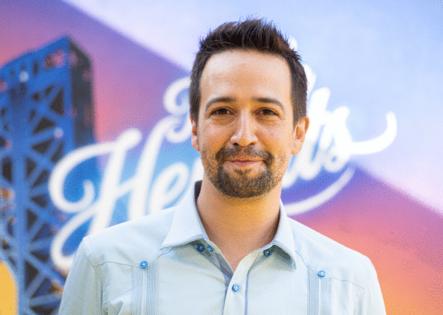 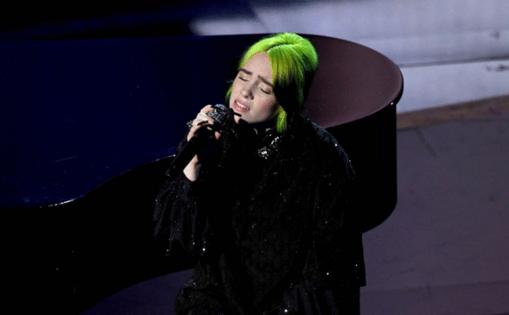 Here's a sampling of some of the best songs written for movies released this year. Not all of these are receiving award pushes, but every one is worth listening to. It has been a particularly good year for gorgeous acoustic ballads, but there are also some slick nocturnal grooves, atmospheric-rock trips and in-your-face declarations of independence to liven up the joint. The following are listed in playlist sequence for flow, not as a ranking.

1. "Your Song Saved My Life" from "Sing 2" (U2; music by U2, lyrics by Bono) — Bono's interest in the idea of the song is so profound he posted "60 Songs That Saved My Life" on U2's site for his 60th birthday. His enthusiasm may prove infectious to voters, and the band has two previous nominations.

2. "Surface Pressure" from "Encanto" (Jessica Darrow; written by Lin-Manuel Miranda) — The first of Miranda's many appearances on this playlist (the guy wrote original songs for three movies out this year) is powered by a muscular contralto from Darrow in a colorful depiction of her supernaturally strong character's secret struggles. The animated contender features much of Miranda's trademark lyrical gymnastics, nowhere more so than here: "Under the surface/ Was Hercules ever like, 'Yo, I don't want to fight Cerberus'?/ Under the surface/ I'm pretty sure I'm worthless if I can't be of service." And the imaginative visualization of the scene includes what the directors told The Envelope may be Disney's record for "the most donkeys in a scene."

4. "No Time to Die" from "No Time to Die" (Billie Eilish; written by Eilish, Miles Ale, Finneas O'Connell) — Winner of the premature adulation Grammy in 2020 as the first song to be honored for a film that hadn't yet been released. Oscar voters have shown a weakness for moody Bond ballads of late (wins for "Skyfall" and "Writing's on the Wall" while ignoring perhaps the greatest Bond theme, the in-your-face rocker "You Know My Name"), so this one has a shot.

5. "Beautiful Life" from "Convergence: Courage in a Crisis" (written and performed by Michael Kiwanuka) — Are you ready for the Playlist and chill portion of the evening? The film is a documentary about the global sweep of the COVID-19 pandemic and the structural and social cracks it has exposed, but ... the feel of the song is a noir-groovy, Portisheady soundtrack to a city night.

6. "Fire in the Sky" from "Shang-Chi and the Legend of the Ten Rings" (Anderson .Paak ; written by .Paak, Bruno Mars, Nicholas "Sun Zoo" Race) — The way this ideal, romantic summer groove captures a feeling, a hopeful longing, deserves notice. "I'm callin' it now/ I'm callin' it now/ You'll find love with me somehow." It also enjoys a sprinkling of that Mars (24K) magic.

7. "Hablo de ..." from "Language Lessons" (written and performed by Gaby Moreno) — Whew, what a charmer. A disarming, lilting, swaying stroll of a tune. It might have an uphill path to an Oscar nomination, but one of the more memorable movie songs of the year.

8. "Remain" from "Old" (written and performed by Saleka) — A delicate piano ballad by filmmaker M. Night Shyamalan's eldest daughter. Its lovely vocal avoids showiness and the lyrics contain one of the year's better rhymes: "But cupid's an archer/ His violent departure ..." In the context of the film, its lines "I'll wash away some day/ No monuments made in my name/ There is no life I'd trade/ You were my reason to remain" gain touching significance.