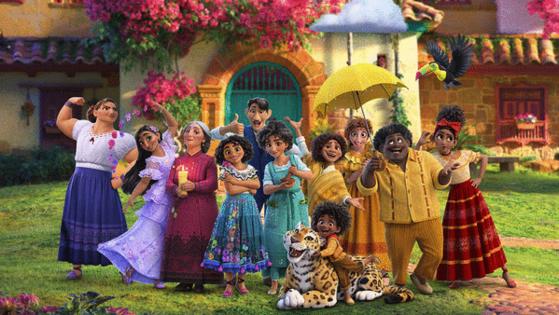 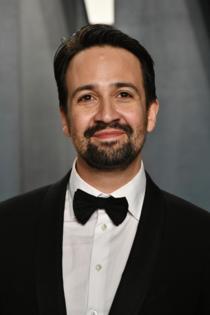 Back when they were working on 2016's Oscar-winning "Zootopia," Jared Bush and Byron Howard were plotting their next move together: a musical. What would become this season's "Encanto" turned out to be a Colombia-set attempt to fulfill a very specific dream. All they needed was some magic. And some Miranda.

Although co-directors Bush and Howard are "lifelong musicians," neither is of Latin descent. So what drew them to this story? That's where Lin-Manuel Miranda comes in. While Bush and Miranda were working together on "Moana," it was the celebrated "Hamilton" creator who told him, "'I want to write the definitive Latin American Disney musical.' So all these things came together," Bush said.

Thus began the conjuring of "Encanto," with Miranda working on songs from the beginning as co-writers Bush and Charise Castro Smith hammered out the story of the magical Madrigal family. They're a displaced clan on whom a miracle was bestowed in their darkest moment — and now they live in an idyllic community they protect with the powers each family member gains at a certain age.

Magical realism lies at the heart of it all. "This whole film is inspired by magical realism; it's not magic for magic's sake, or European magic," says Howard. "Gabriel Garcia Marquez, Isabel Allende ... in the same way, the music had to be organic to the emotions."

Bush says, "We talked about European magic not feeling right for Colombia. Charise built the foundation of that myth [of the family] in the history of displaced people in Colombia, but also from [the grandmother's] very specific need to protect her family."

Magic in this world is not a supernatural power based in fairy-tale notions of good and evil; it's an almost synchronistic manifestation of the most powerful of needs and desires.

"We think of it as magic that was born out of emotion, out of character, out of relationships," says Castro Smith. "It's not external forces foisted on people; it's human-borne magic. It's when Abuela Alma [voiced by María Cecilia Botero] is in this terrible moment of grief and desperation, and out of love and a desire to protect her family, this whole miracle is born."

"And magical realism is a lot about magic not being that exciting," adds Bush. "You see people in town living with all the crazy things this family can do, it's like, 'Yes, could you please move that church?'"

But the filmmakers had a pretty large problem — the size of the family.

"We have 12 principal characters, which hadn't been attempted at Disney before," says Bush. "We screened this movie internally eight times over the course of five years and I remember conversations like, 'I don't know if you should go for 12 characters. I don't know if you guys can handle it. Maybe a family of four.' And Lin was like, 'No, I can do it. And I'm gonna show you.'"