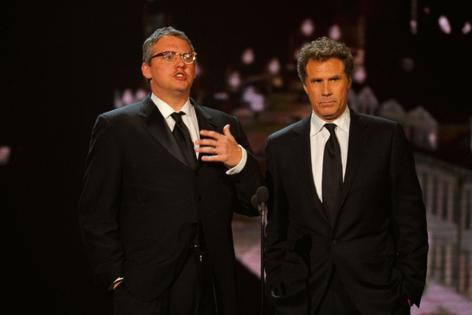 When director Adam McKay and his former creative partner Will Ferrell broke up their production company in 2019, their longtime friendship ended too — because McKay erred on the side of “making the right casting choice over a lifelong friendship.”

McKay, whose star-studded, Netflix-produced disaster movie “Don’t Look Up” will be released for awards contention around Christmas, spoke of the bitter breakup after nearly three decades of friendship for the first time in a new Vanity Fair profile.

The professional satirist met “The Shrink Next Door” star in 1995, when the “Saturday Night Live” icon joined the NBC sketch comedy show where McKay was head writer. In 2006, they formed Gary Sanchez Productions (which brought audiences “Anchorman 2,” “Get Hard,” “Tammy” and several other comedies), followed the next year by the web start-up Funny or Die.

“The whole time we were doing Gary Sanchez,” McKay told Vanity Fair, “I was saying, ‘I don’t care what happens so long as this company doesn’t f— with our friendship.’”

But it did. As McKay’s body of work moved away from the duo’s signature slapstick fare with films including “The Big Short” and “Vice,” the Oscar-winning screenwriter’s collaborations with Ferrell dwindled. The director also parted ways with their shared manager, Jimmy Miller, whom he felt impeded his career.

McKay quit Funny or Die in 2018 over a Shell Oil deal the website made. He then discussed breaking up Gary Sanchez Productions — often at Ferrell’s behest. But McKay hesitated to do so out of fear of hurting his partner’s feelings.

The professional split “ended not well,” McKay said, despite their joint statement saying they would “always work together creatively and always be friends.”

Then came the basketball-size hit. After Gary Sanchez dissolved, McKay’s adaptation of the Lakers book “Showtime” moved to his HyperObject Industries banner. Additionally, Lakers superfan Ferrell wanted to play Buss, who owned the team in the 1980s, but the comedy star wasn’t McKay’s first choice for the part.

“The truth is, the way the show was always going to be done, it’s hyperrealistic,” McKay said. “And Ferrell just doesn’t look like Jerry Buss, and he’s not that vibe of a Jerry Buss. And there were some people involved who were like, ‘We love Ferrell, he’s a genius, but we can’t see him doing it.’ It was a bit of a hard discussion.”

Although he didn’t want to slight Ferrell, he went on to cast his friend John C. Reilly without telling Ferrell — a move that reportedly infuriated the “SNL” veteran. (Ferrell declined to comment for Vanity Fair’s story. His representatives did not immediately respond Tuesday to the Los Angeles Times’ request for comment.)

“I should have called him and I didn’t,” McKay said. “And Reilly did, of course, because Reilly, he’s a stand-up guy.”

McKay told the magazine that he hasn’t spoken with Ferrell since the phone call when they decided to split. He’s written emails to Ferrell in an attempt to make amends, but he hasn’t heard back.

“In my head, I was like, ‘We’ll let all this blow over. Six months to a year, we’ll sit down, we’ll laugh about it and go, It’s all business junk, who gives a s—? We worked together for 25 years. Are we really going to let this go away?’”

Apparently, Ferrell didn’t see it that way, taking it as “a way deeper hurt” than McKay had ever imagined — even though slights had gone both ways in the relationship.

“The whole time it was like I was saying it out loud, ‘Let’s not become an episode of “Behind the Music.” Don’t let it happen,’” he added. “And it happened.”