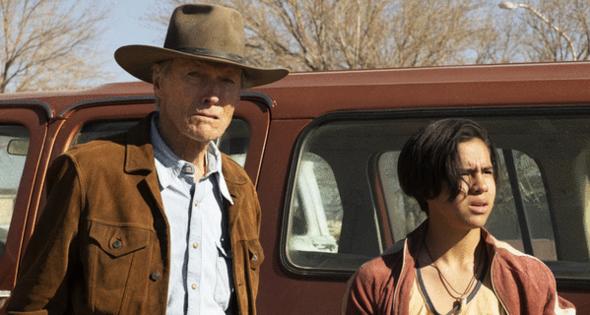 "Cry Macho": Eastwood, going strong at 91, directs and stars in this 1970s-set film about a former rodeo star and horse breeder who accepts a job to bring a man's son back from Mexico and away from his alcoholic mother.

"It’s far too much to claim that 'Cry Macho' belongs anywhere near work from Eastwood’s greatest streaks," writes Chicago Tribune film critic Michael Phillips in his review. However, the film "has a few grace notes to remember, in addition to a fine gallery of images of Eastwood in silhouette, at dusk, against a big sky, alone with his thoughts."

"Dear Evan Hansen": Movie adaptation of the hit Broadway musical about a high school student with anxiety who becomes caught up in a lie about a classmate's suicide, with Ben Platt reprising the lead role.

"Copshop": A con man on the run, played by Frank Grillo, punches a small-town cop in order to be put in jail, only to have Gerard Butler's hitman track him down anyway.

"The Girl Who Believes in Miracles": Moved by a pastor's words about faith, a young girl begins to pray and people in her town are soon mysteriously healed, but with her miraculous gift comes unwanted fame.

"Werewolves Within": Live-action film adaptation of the video game about a small town attacked by werewolves.

"13 Minutes": Four families living in the heartland must work together to survive when a tornado hits their town. Starring Amy Smart, Thora Birch and Peter Facinelli.