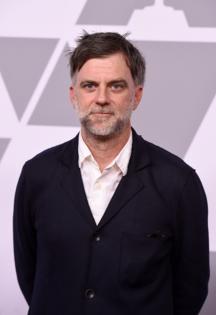 LOS ANGELES — Paul Thomas Anderson is behind the wheel and we're headed north on Balboa Boulevard to the Van Nuys Golf Course, a nice little pitch-and-putt that the filmmaker knows, like just about every nook and cranny in the San Fernando Valley, quite well.

Back in the day, he'd come out here and play a round with friends in the early evening, then walk over to the bar at Billingsley's steak house, sip a beer or three and watch the Dodgers game on the little TV mounted in the corner.

Billingsley's closed in 2004, but the building — and the red leather booths and low bar inside — remain. Anderson shot a scene here for his audacious, operatic, Valley-set 1999 drama "Magnolia" — the dinner date with John C. Reilly and Melora Walters where they promise to tell each other the truth — and he returned again for his latest film, "Licorice Pizza," re-creating, with loving care, another defunct Valley restaurant, the landmark Tail o' the Cock. (Perhaps "landmark" is a bit much, but not if you celebrated your uncle's birthday with a prime rib dinner there or heard the great stride pianist Johnny Guarnieri play on a Thursday night.)

It's a warm autumn day, absolutely perfect unless you're into the whole four seasons thing, and Anderson and I are roaming the west Valley, an idea that neither of us wants to claim ("I heard this was your idea," I tell him. "I thought you wanted to do this," he responds, laughing) because it could easily deteriorate into a conversation between a couple of old-timers whining about how a beloved Ventura Boulevard coffee shop has been demolished and turned into a Sephora.

"This is a dangerous one, isn't it? You start getting into nostalgia. You just teeter. It's this edge of sounding cranky," Anderson, 51, says. "Don't forget, it wasn't that long ago that nostalgia was considered kind of a medical condition, something that dissuades you from moving forward or living in the present. But it's pretty hard not to be nostalgic these days — even for last week, for that matter."

Yet it's 1973, not the recent past, that's the setting for "Licorice Pizza," a laid-back, loose and thoroughly lovable coming-of-age story that finds Anderson returning to his home turf ("Boogie Nights," "Punch-Drunk Love" and the aforementioned "Magnolia" were also set amid the Valley sprawl), a choice, he says, that was "not on his bingo card," but the writing — begun while he was stuck on another project — took on a joyful momentum that he had no inclination to fight.

It's the story of a 15-year-old hustler named Gary (played by Cooper Hoffman, the son of Philip Seymour Hoffman, who was a dear friend and frequent collaborator of Anderson's), a showbiz kid and gifted entrepreneur who meets the older Alana (Alana Haim of the sisters band Haim, another Valley institution) on his school picture day and insists she join him for dinner at his favorite restaurant, Tail o' the Cock.

She shows ("This isn't a date," Alana informs him), setting into motion a love story that also encompasses gas shortages, waterbeds, Hollywood producer Jon Peters, chaos in the hills of Encino and summer nights spent listening to Vin Scully on the transistor radio.

As we're driving around the same streets Anderson traveled by bike as a teenager, he's telling me about this biography he's reading about Billy Bitzer, D.W. Griffith's groundbreaking cinematographer. A transplanted New Yorker, Bitzer complains about the same things Angelenos gripe about a century later: out-of-place palm trees that provide no shade, eucalyptus trees dripping sap, what the Santa Ana winds do to his sinuses.