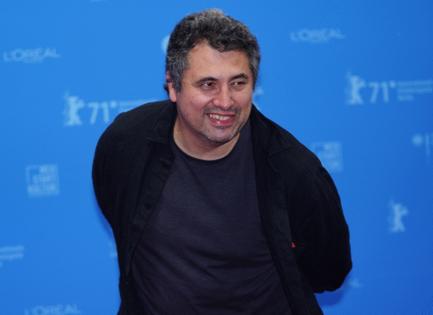 It's not the imagery itself, of course, so much as the context. The internet is awash in content far more graphic, sustained and objectionable than the video Jude shows us, which, initial shock aside, turns out to be a disarmingly sweet, goofy record of a husband and wife's lovemaking. (That's the story, at least; the actors here are Katia Pascariu, the movie's lead, and Stefan Steel, a pornographic actor.) Still, it's one thing to watch such images in the privacy of your home and quite another to be confronted with them in a movie theater. Or is it? In a viewer's possible shock and discomfort, Jude fingers — er, nails — OK, suggests — a measure of the hypocrisy, the reflexive puritanism and rush to judgment, that he will spend the rest of this movie brilliantly and ferociously challenging.

After that loony-porn prologue, "Bad Luck Banging" divides into three parts, similar in length but wildly different in tone and thrust. The first, "One-Way Street," follows Pascariu's character, Emi, as she walks the bustling avenues of Bucharest. She is, of course, more covered up than she was before, wearing not just a smart gray suit but also a protective face mask that — like those worn by the many strangers she passes and sometimes interacts with — situates the action sometime during the COVID-19 pandemic.

All of which makes "Bad Luck Banging or Loony Porn" a fascinating snapshot of the here and now, an unusually direct example of a nimble, adventurous filmmaker embracing the difficulties of the moment. But it is also something more. Those opening minutes aside, Pascariu's lower face is concealed for much of her screentime, which makes her ability to telegraph fear, anxiety and frustration all the more impressive. Her performance becomes its own wry commentary on how much we conceal of ourselves in public, how much emotion, passion and raw human messiness we tamp down not just in the service of public health, but in the name of social respectability.

Not that the Bucharest we see is exactly a model of responsible behavior. Maybe the pandemic has frayed everyone's nerves, or maybe it's simply one more burden on a society where expletive-riddled altercations seem to erupt as a matter of course. (By contrast, Emi and her husband's unabashed dirty talk is some of the most pleasant conversation in the movie.) Grocery shoppers curse at each other in checkout lines. A driver deliberately bumps a pedestrian in a crosswalk. Emi herself yells at someone who's inconsiderately parked his truck on a stretch of curb, and later at an older man who accosts her in the street.

For the most part, though, there is a quiet, chastened air about her for reasons that soon become apparent. Somehow that illicit video has been uploaded to the internet and caught the attention of the students and faculty at the high school where Emi teaches history, and now she faces an upcoming meeting with angry parents that could cost her the job. This first chapter sees her running errands in preparation for that meeting — dropping by the home of the school headmistress (Claudia Ieremia) at an inconvenient hour, stopping by a pharmacy to purchase some Xanax — but its focus is less on the details of the plot than on the sights and sounds of the teeming, seething city around her.

At times the camera (wielded by the director of photography Marius Panduru) pointedly lingers on signs and billboards, most of them relics from a pre-social-distancing era, and all of them trappings of a capitalist society that represents a superficial departure from Romania's communist, totalitarian past. But it's that past that Jude burrows into in the movie's astonishing second act, from which Emi is (almost) entirely absent. In her place, the director assembles short blips of news, documentary and social-media footage into what he calls "A Short Dictionary of Anecdotes, Signs and Wonders." Presumably "A Glossary of Historical Atrocities and Other Horrors" would have been too on-the-nose.

In his equally argumentative (and just as memorably titled) 2019 tour de force, "I Do Not Care If We Go Down in History as Barbarians," Jude called attention to the shameful history of Romania's murderous collaboration with Germany during World War II — a campaign of anti-Semitic violence that, he argued, has been greeted with ignorance and indifference by most of the present-day public. "Bad Luck Banging or Loony Porn" might be just the movie to educate them. Beneath its salacious veneer, it smuggles in an expansive history lesson on that genocidal chapter and the subsequent horrors of the Nicolae Ceausescu regime, but also other details and facets of Romanian life: poverty, misogyny, racism, ignorance, the crass commercialization of culture, the corruption of the Orthodox Church, abuses of power of every kind.

Most of these encyclopedic snapshots are sobering, appalling, eye-opening; others are merely banal or ridiculous. The upshot seems both obvious and hard to argue with: In a society with so much to answer for, so much real indecency and genuine cause for moral outrage, why the uproar over a few minutes of amateur smut?

The movie's third act, "Praxis and Innuendos (Sitcom)," pursues an answer to that question. Emi is placed on trial in an outdoor kangaroo court where she is confronted by her students' parents, their faces masked and their fangs bared. For most of the proceedings Emi sits in silence, as her humiliation is compounded — the video is played for all to see — and her moral and pedagogical qualifications are called into question.