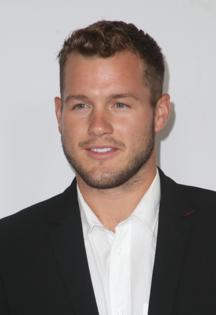 In 2021, coming-out stories are pretty standard and widely accepted — unless you are Colton Underwood, “the virgin Bachelor,” a man who lived out heterosexual dating fantasies three times over the course of two years on national television.

In “Coming Out Colton,” a new Netflix series premiering this week, the one-time star of “The Bachelor” franchise takes viewers through his journey as a reality-TV celebrity, former pro athlete and current Christian who came out in April. It was, by his account, a difficult struggle.

“Never thought I was gonna come out. I thought I was gonna die with this secret,” he says in a trailer released Monday. “The reason I’m coming out is because I’m ashamed and I’m kind of mortified of what got me into this position in the first place.”

(Underwood previously said he was blackmailed into revealing his sexuality.)

After a shot career in professional football, Underwood started his reality-TV journey in 2018 as a contestant on Becca Kufrin’s season of “The Bachelorette.” He appeared on “Bachelor in Paradise” that same year, pairing up with contestant Tia Booth.

In 2019 he became the lead on “The Bachelor,” memorably attempting to escape the production’s cameras by jumping over a fence in frustration and ultimately giving his final rose — but not a marriage proposal — to contestant Cassie Randolph.

The two broke up in May 2020, two months after Randolph and her family helped him through COVID-19 and — and after Underwood published “The First Time: Finding Myself and Looking for Love on Reality TV.”

“When I was ‘The Bachelor,’ everyone was like, ‘Oh, he’s a virgin Bachelor, well, he has to be gay,’” Underwood told The Times in a March 2020 interview to promote the book.

In “Coming Out Colton,” he and his father definitely talk about it again.

“The thought of even telling my dad makes me anxious and nervous,” he says in a conversation with a friend. Later, he tells his father, “I backed myself into a corner running from who I am. ... Basically what I’m trying to tell you is, I’m gay.”

He adds, tearfully, “Since confronting it, this is the best I’ve ever felt.”

Colton also admits in the trailer that he put Randolph in an awful situation. “I put a poor girl through hell of my own insecurities,” he says in the trailer.

In September 2020, Randolph filed a temporary restraining order against Underwood, alleging that he stalked and harassed her with disturbing text messages. She also alleged, per TMZ , that he attached a tracking device to her car, appeared uninvited at her L.A. apartment and lurked around her parents’ Huntington Beach home.

Viewers can watch his journey over six half-hour episodes in “Coming Out Colton,” dropping Friday on Netflix.