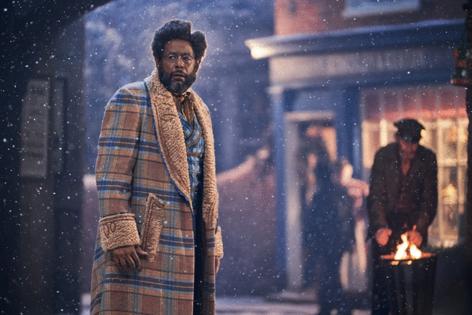 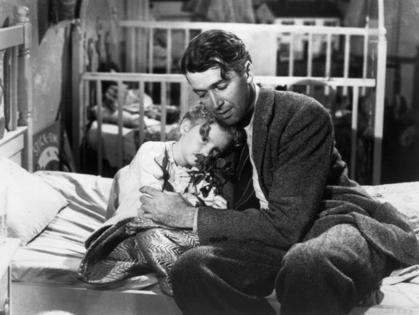 But what to watch, an old-time favorite or a new-school entry in the Christmas canon? There are plenty of both available across the top streaming services, and that's without resorting to watching the latest big-city-ad-exec-comes-home-for-the-holidays-and-learns-the-true-meaning-of-a-small-town-Christmas tale on the Hallmark Channel (although there's something to be said for the comfort of those, as well).

Here are 10 Christmas favorites — some new, some old — and where to stream them this holiday season.

"Elf" — Will Ferrell is Buddy, an overgrown elf, who exists on sugar — the more the merrier — in Jon Favreau's 2003 holiday hit that made Ferrell, who had just left "Saturday Night Live" at the time, a big time movie star in his own right. Buddy the Elf has since become a veritable brand — catch his likeness on three different flavors of International Delight coffee creamer — and it all comes back to the joyful delight of Ferrell's performance in this cuddly holiday comedy. (HBO Max)

"Jingle Jangle: A Christmas Journey" — A joyous, spirited, inventive Christmas musical, writer-director David E. Talbert's holiday fantasy stars Forest Whitaker as Jeronicus Jangle, an inventor and toymaker whose creations are the stuff of childhood dreams. When his apprentice, Gustafson (Detroit's Keegan-Michael Key) steals his book of ideas, well, it's time for a Christmas miracle to save the day, and this festive, fantastical tale delivers the goods. (Netflix)

"Home Alone" — There's a new version on Disney+ this year which isn't half bad, but the original is tough to top. Macauley Culkin — whose brother, Kieran, plays the biggest jerk in an entire cast of jerks on HBO's "Succession" — gets left home alone for the holidays and has the time of his life, until a pair of pesky robbers come knocking at his door. Violence ensues, but it's the sweet heart at the center of this Christmas tale that makes it stand the test of time. (Disney+)

"Die Hard" — Welcome to the party, pal. The 1988 Bruce Willis classic's Christmas status has been debated so much that even President Obama once weighed in (he said it wasn't a Christmas movie, and he was wrong) but this action classic is every bit a Christmas movie (as is its sequel, 1990's underappreciated "Die Hard 2") and is worth celebrating every year because just like the best holiday traditions, it never gets old. (available for rental on Amazon Prime Video)

"Miracle on 34th Street" — What did they watch on Christmas before this 1947 holiday classic? Edmund Gwenn stars as a department store Santa at Macy's who claims he's the real McCoy and is put on trial to find out the truth. Writer-director George Seaton's warmhearted tale was nominated for Best Picture (it lost to "Gentleman's Agreement") but went on to earn Academy Awards for Best Supporting Actor and a pair of writing awards, on its way to becoming an all-time Christmas classic. (HBO Max)

"It's a Wonderful Life" — The story of George Bailey (James Stewart), an average man who gets the chance to see what life would have been like without his existence, is one of those movies that's on TV so often it can feel like you see it every year even if you don't actually sit down and watch it. But the 1946 Christmas staple still has plenty to offer, including a message of togetherness and a lesson that "each man’s life touches so many other lives,” which is still important to remember today. (Amazon Prime Video)

"National Lampoon's Christmas Vacation" — He's just a family man who wants everyone to be together at the holidays. Is that so much to ask? The 1989 Chevy Chase vehicle grows in stature every year — Chase is actually touring with the movie, and will host a screening and a Q&A at Detroit's Masonic Temple on Dec. 9 — because it acknowledges everything that makes the holidays the holidays, from the alternating stress and warmth of family to the feeling of accomplishment of hanging your Christmas lights just so. (HBO Max)

"Kiss Kiss Bang Bang" — Writer-director Shane Black is a real sucker for the holidays, and he's used Christmas as a backdrop for his movies including "Lethal Weapon," "The Long Kiss Goodnight," "Iron Man 3" and "The Nice Guys." Here, he casts a pre-"Iron Man" Robert Downey Jr. alongside Val Kilmer in a black comedy crime noir with plenty of flash, style and, oh yeah, holiday cheer. It's the kind of movie we'd love Downey to come back to now that his Marvel days are up. (available for rental on Amazon Prime Video)

"Fatman" — Mel Gibson plays a grizzled, hard-nosed Chris Cringle, a workin' stiff just like the rest of us, in this hard-boiled Christmas tale that prefers a shot and a beer to a glass of egg nog. Walton Goggins is a riot as a psychotic hitman who wants Santa dead, leading to a bloody showdown in the snow in writer-directors Eshom and Ian Nelms' comedic action drama, which puts a modern spin on familiar holiday happenings. Ho ho holy cow, this movie is nuts. (Peacock)

"Klaus" — There's lots to love in this sweet, nostalgic, hand-drawn animated tale, with J.K. Simmons as the voice of Santa Claus and Jason Schwartzman as a postman who befriends him. But perhaps most welcome, at least this holiday season, is the fact that it employs the voice talents of the late Norm Macdonald, who died this year at age 61, who plays a wry boat captain who sounds exactly like, well, Norm Macdonald. And Christmas could use a little more Norm. (Netflix)