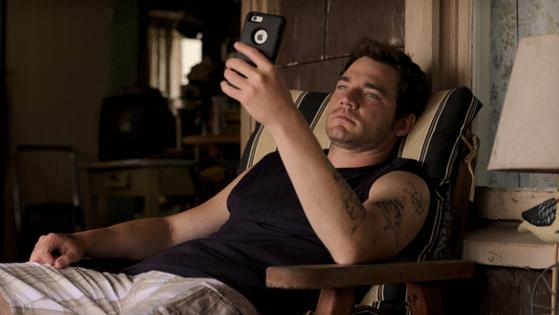 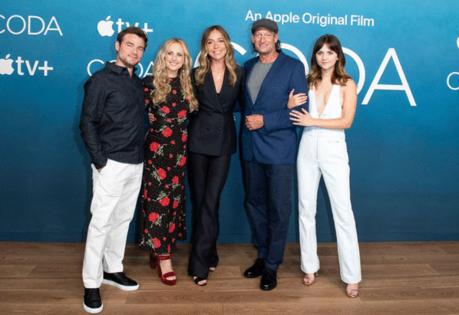 When people approach "CODA" writer-director Sian Heder and tell her they saw her crowd-pleasing movie, she knows what's coming — tales of tears flowing while watching the family drama, likely followed by a personal story about what scene in "CODA" made them cry the most. Heder has witnessed the sobbing herself at screenings, audiences members using their pandemic masks to blow their noses during the film's heartwarming, heart-wrenching final half-hour. If you're self-conscious about crying in public, "CODA" is a movie that makes you thankful that face coverings are required in theaters these days.

Nobody associated with the film — the story of Ruby Rossi, the only hearing member of a deaf family (the movie's title is an acronym: child of deaf adults), who, at 17, dreams of going away to college and pursuing her passion for singing — is surprised by the waterworks it inspires. Emilia Jones, who plays Ruby, remembers filming a scene with Marlee Matlin, cast as her mom, and when it was over, noticing the burly camera guy discreetly wiping his eyes.

"And he's a Teamster," Matlin tells me on the patio outside the Directors Guild after a recent Saturday afternoon screening of "CODA." "If you make a Teamster cry, you know you did good!"

The question now for this little film, which premiered in January at the virtual Sundance Film Festival and was snapped up by Apple Studios for a record-breaking $25 million, is whether it can work the tear ducts of film academy members who, historically, haven't really rewarded feel-good family tales. At the Oscars, family dramas tend to be feel-bad affairs. (Think "Marriage Story.") "CODA," which premiered in August in theaters and on Apple TV+, has warmth and laughter and sweetness. The challenge for Apple is to convince voters to give the under-seen movie a shot.

All of the film's deaf characters — Ruby's father, Frank (Troy Kotsur); mother, Jackie (Matlin); and brother, Leo (Daniel Durant) — are played by deaf actors, and American Sign Language is subtitled, rather than translated, highlighting its vibrancy as a form of communication. In terms of representation, these choices are huge. ("CODA" is a remake of a French film, "La Famille Belier," which cast hearing actors as the deaf family.)

Artistically, Heder's casting and language decisions are why "CODA" succeeds so well in immersing viewers in the life of the Rossi family, even if you are not fully aware of why that's true when watching the movie.

"In order to sign with someone, you have to be fully engaged, looking at them face-to-face," Heder says. "And that connectedness, that engagement is something in deaf culture that hearing culture lacks ... or, at least, is longing for. So when you see the Rossi family communicating and engaging in a way that's so human and vibrant, you're drawn in because they're inhabiting what they're saying with their facial expressions and even their bodies.

Heder pauses, then cuts to the heart of the matter.

"It's harder to be full of s— when you're signing," she says.

The down-to-earth Matlin, who won the lead actress Oscar in 1987 for "Children of a Lesser God" (at 21, still the youngest woman to take that honor and the only deaf actor to win an Academy Award), embodies Heder's observation. Seated in the DGA's courtyard alongside her young co-star and her longtime sign language interpreter and confidante, Jack Jason, Matlin animatedly holds forth on a variety of topics, ranging from the meals she prepared for the cast during weekend breaks in filming (brisket and apple pie are specialties; don't ask her to make anything with raw onions or cilantro though, which she realizes makes her a "pain in the ass") to the way that audiences are responding to a movie featuring deaf actors in three primary roles.