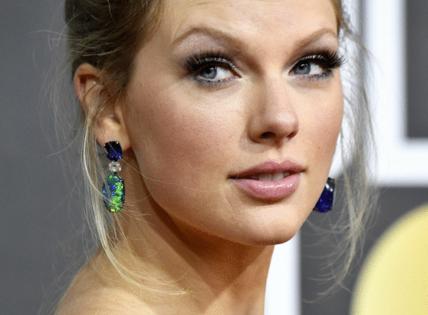 The Songwriters Hall of Famer congratulated Swift after her 10-minute edition of “All Too Well” broke his “American Pie” record for longest song to reach the No. 1 spot on Billboard’s Hot 100 singles chart.

“Let’s face it, nobody ever wants to lose that #1 spot, but if I had to lose it to somebody, I sure am glad it was another great singer/songwriter such as Taylor,” McLean tweeted Tuesday.

McLean’s seminal “American Pie” is eight minutes and 42 seconds long. He had held the record since 1971, when the song came out.

Swift debuted her longer version of “All Too Well” this month as part of her release of the “Red (Taylor’s Version)” album.

The 31-year-old Swift is rerecording much of her musical catalog — an initiative she announced after the rights to her earlier albums were acquired in 2019 by talent executive Scooter Braun, whom she has accused of bullying.

The revamped “Red” is the second rerelease that Swift has come out with so far, following “Fearless (Taylor’s Version),” which arrived in April.