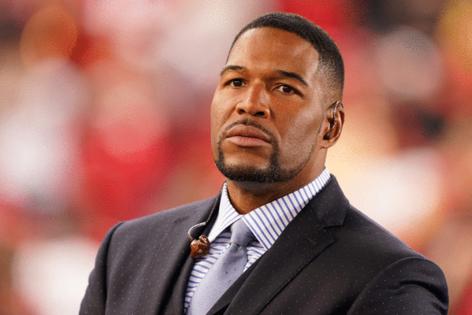 Michael Strahan has gone from the football field to a morning show. Now he’s going to space.

Strahan began preparation two weeks ago, getting fitted for his flight suit and making sure his hulking frame would even fit into the seat.

“I want to go to space,” Strahan said Tuesday. “I think being there at the first launch, it really was mind-blowing.”

The “GMA” host was on the ground in Texas in July for Blue Origin’s first launch, which included Bezos and his brother Mark.

After that, Strahan said, a crew member approached him and invited him to join another flight.

“I believe that this is the way of being innovative, creative pioneers in aviation, now space travel,” Strahan said.

“And it’s going to take a while but I do believe that it will bring a lot of technological breakthroughs and also innovations to us here on Earth, and I just want to be a part of it.”