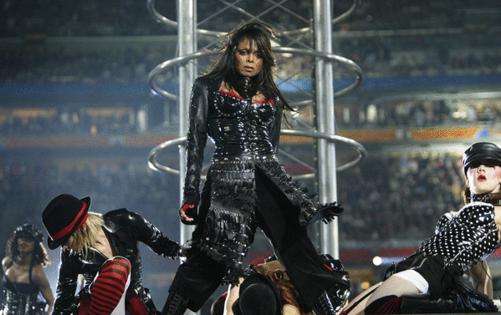 “Malfunction: The Dressing Down of Janet Jackson,” a documentary that revisits the original “wardrobe malfunction” at the 2004 Super Bowl, is another installment in FX’s “The New York Times Presents” series, which this year brought us “Framing Britney Spears” and “Controlling Britney Spears.”

Jackson’s fans, foes, contemporaries and newbies are all likely to glean different things from “Malfunction,” which premiered last week. It seems impossible that its central event, the accidental baring of Jackson’s nipple for a brief, televised second in front of an audience of 150 million, happened only 14 years ago.

Here are seven takeaways from the documentary, which you can stream on Hulu and its app.

This is neither ‘Framing’ nor ‘Controlling’

“Malfunction” is unlikely to have the cultural resonance of either of the Spears episodes, which unearthed myriad details — many of them scandalous — that had been unknown to the public. The new doc is more like a retrospective of Jackson’s career that takes a hard focus on her most humiliating moment and its ramifications. But don’t expect — as the 2004 halftime show once promised — “shocking moments.”

Who’s going to get the most from ‘Malfunction’?

Put your money on Gen Z viewers and millennials born after 1990: People who didn’t real-time witness little Janet performing with her famous singing family and acting on television and weren’t cognizant of the 2004 Super Bowl.

If 2004 sounds like ancient days, this documentary might be valuable, both for the scandal part and the part where it revisits the national moral angst preceding it. (Hulu users should search for the series name, by the way, not the episode title or even “Janet Jackson.”)

Everyone was worried about the rappers

Diddy, Nelly and Kid Rock also participated in that year’s halftime show, and a wary network and NFL were worried that they would offend a relatively square and patriotic football audience by cussing, grabbing their crotches or messing with the American flag. Lyrics were reviewed and choreography was checked.