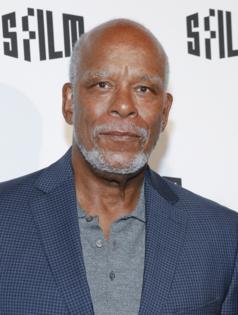 Here are some of the people who made the searing new documentary “Attica” possible: elderly ex-cons, dumpster divers and, perhaps most strange of all, Richard Nixon.

Director Stanley Nelson and producer and co-director Traci Curry knew they had a hook because of this year’s 50th anniversary of the Attica prison rebellion, still the largest and deadliest in U.S. history. They were able to connect with many people on the ground in September 1971: former prisoners, families of hostages, journalists, politicians and those trying to mediate the crisis. But they also dug up previously unseen, and in some cases discarded, footage from local television affiliates, prison and police surveillance cameras, and the gift that keeps on giving, Nixon’s recorded phone conversations, in this case with New York Gov. Nelson Rockefeller.

“If we had tried to tell the story without the archival, they would have been great stories. Guys were talking. But the fact that you see it. You see if from the exuberance of the beginning, of them passing out food and building latrines and building their tents, and to go to that and the torture of the last day, to see them crawling through mud and marched around the yard nude, that’s just incredible,” Nelson said at Washington’s Mandarin Oriental Hotel recently, in town doing the press rounds with Curry for their movie.

Despite the harrowing death toll — all told 43, including 39 on Sept. 13, when New York National Guardsmen and law enforcement officers stormed the prison and killed 29 prisoners and 10 hostages — the Attica uprising is perhaps most famous for Al Pacino’s chanting “Attica! Attica!” in the 1975 film “Dog Day Afternoon,” a fictional account of a 1972 bank robbery in New York City.

What lay at the heart of the uprising, though, were more than 1,000 prisoners on Sept. 9 rioting and turning that riot into a protest for more humane treatment in New York state’s notorious maximum security prison. Though tense, the negotiations between the prisoners and New York correctional facilities bore some fruit before getting bogged down, primarily regarding the question of amnesty over the death of a prison guard, William Quinn, who was killed in the initial riot. (Three inmates were killed then, too, at the hands of fellow prisoners.)

Rockefeller eventually gave the order to storm the prison on Sept. 13, and within hours state officials had regained control of the prison. The aftermath has been recounted before, including the false narrative that the prisoners had killed the guards they had taken hostage. In reality, law enforcement killed all 39 who died that day. The carnage, though, is rendered in almost unbearable clarity by the local news footage and surveillance tapes, including survivors being forced to crawl, naked, through the latrines they had dug for their own waste.

As Nelson said, it’s one thing to hear someone recall that on camera, to witness someone remember something so devastating. But then to see it play out on screen in a variety of formats, from 16 mm film, to grainy video, well, that’s another thing. It’s quite a one-two punch.

Because it was standard operating procedure to throw out archival materials, it’s only because of some persnickety newsroom hoarders that so much of the local television affiliates’ footage was saved, in one case retrieved from a dumpster, according to the producers. For police and prison footage, those were preserved by the New York State Archives when those institutions ran out of storage, apparently.

And the real haymaker comes with the Rockefeller-Nixon phone calls. In them, you hear Nixon calling up the theme that helped propel him to the White House, of imposing law and order, particularly on what he blamed as Black-induced violence. Though Black people were a majority of the prison population at Attica, and among the prison rebellion, Puerto Ricans and whites made up a significant minority. Nixon and Rockefeller, though, saw Black.

Nixon: “Tell me this, is this, are these primarily Blacks that you’re dealing with?”