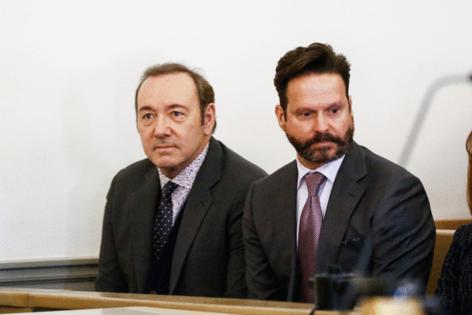 LOS ANGELES — An arbitrator ruled that actor Kevin Spacey had breached his contract with the production company behind the blockbuster series "House of Cards."

Under terms of the ruling, MRC, the show's production company, was awarded about $31 million, according to the ruling, which was made a year ago but was publicly disclosed Monday in a petition filed by MRC in Los Angeles Superior Court.

Spacey, who starred in the Netflix drama, was fired in 2017, following several accusations of sexual harassment and misconduct.

In a 2019 lawsuit, MRC alleged the Oscar-winning actor's dismissal cost the production tens of millions of dollars.

The Beverly Hills studio had to "scrap all of the development and writing that previously had been done over the course of several months, shelve two episodes of the final season that had already been shot with Spacey's performance, and rewrite in just a handful of weeks an entire season of the Show omitting Spacey's character," MRC said in its petition.

Spacey appealed the arbitrator's ruling, originally made in October 2020. His appeal was denied this month.

"The safety of our employees, sets and work environments is of paramount importance to MRC and why we set out to push for accountability," MRC said in a statement.

"It was a privilege representing MRC in this matter. MRC stood its ground, pursued this case doggedly, and obtained the right result in the end," said Michael J. Kump of the Santa Monica-based firm Kinsella Weitzman Iser Kump Holley.

The once-celebrated actor came under intense scrutiny in October 2017 after BuzzFeed published a report in which actor Anthony Rapp alleged that Spacey made a sexual advance toward him at a party in 1986, when Rapp was 14 years old.