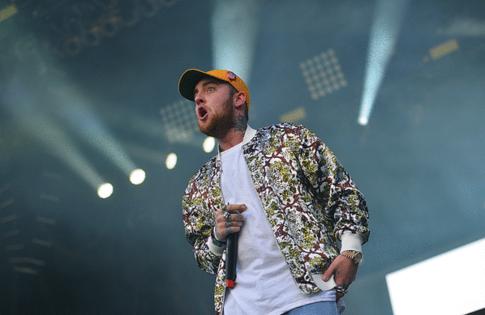 It landed at No. 3 on Top Album Sales (32,000), but, more impressively, it was the No. 1 vinyl album and the largest sales week on vinyl for an R&B/hip-hop album since MRC Data began tracking sales in 1991, according to Billboard.

“Faces,” which landed as a free download between his sophomore album “Watching Movies With The Sound Off” and third album “GO:OD AM,” originally debuted on May 11, 2014 (Mother’s Day) and, with its jazzy, psychedelic vibe, it signaled the way in which he would grow with each project. It became a fan favorite and ranked as the 18th best rap album of 2014 by Rolling Stone.

This week saw the release of Donna-Claire Chesman’s “The Book of Mac: Remembering Mac Miller,” an album-by-album celebration of his life and music, featuring intimate stories and memories from many of his closest friends and collaborators.