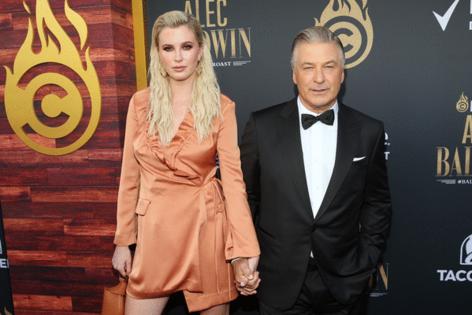 “You are the most disgusting, hateful, cancerous human being I’ve ever come across,” the 26-year-old model and daughter of Alec Baldwin and Kim Basinger, wrote on Instagram Monday.

Cinematographer Halyna Hutchins was killed last week when a prop gun reportedly fired by Baldwin discharged a live round that fatally struck the 42-year-old and injured the movie’s director.

Following that apparent set accident, Owens went on social media to say the tragedy hinted of “poetic justice,” considering the actor’s negative words about former President Donald Trump and his followers. In that tweet, Owens also claimed there were “innocent people that were murdered by (Baldwin)” which she later amended. One person died and “murder” is defined as a deliberate act.

“A woman’s life was lost,” Baldwin continued. “Your tweets, lack of information, and ignorance are hurting people.”

Baldwin, whose mother is actress Basinger who was married to Baldwin from 1993 to 2002, stated that she respects people’s opinions, even when she doesn’t agree with them. But she claimed Owens crossed a line with her statements on the events surrounding Hutchins’ death.

The ultra-conservative Owens is proudly unvaccinated and routinely speaks at public events.

“Be a Republican. Be unvaccinated. I don’t give a f—,” Baldwin said on Instagram.

She claimed to personally support some Republican values and Democratic ones, as well.

“But one f—ing thing I find myself doing is being respectful,” Baldwin added.

The former New York Film Academy student urged anyone who can’t show respect for others not to follow her on Instagram. That especially applies to those who don’t respect her father.

“It breaks my heart that people are so hatefully ignorant,” Baldwin wrote.

She also said she planned to take a break from Instagram in light of the toxicity she’d experienced. “I am ashamed to breathe the same air as this woman,” she concluded.

Owens replied on Instagram by saying she doesn’t sympathize with Baldwin’s “psychopathic father” and added that she “feels bad for the victim.”

In addition to being an outspoken critic of The Donald, Alec Baldwin played the former president on “Saturday Night Live” during the Trump administration. The popular impersonation was highly unflattering. But in January 2020, the 63-year-old actor blamed Trump supporters, not Trump himself, for the “near moral collapse of the country.”