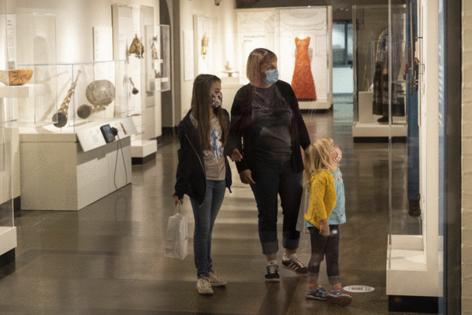 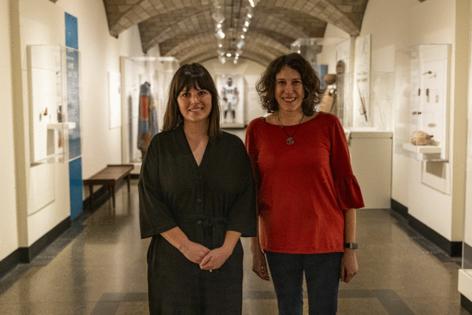 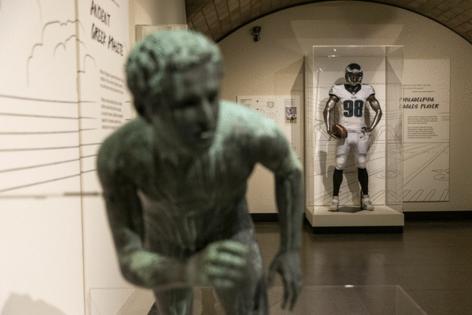 PHILADELPHIA — “Clothes make the man” is a familiar enough platitude – a bit of deep folk wisdom launched by Homer a couple of millennia ago.

It certainly holds true to this day, having been sharpened for the literal American imagination by the likes of Mark Twain who observed that “without his clothes a man would be nothing at all.”

In Twain’s mind, “clothes do not merely make the man, the clothes are the man.” Moreover, “without them he is a cipher, a vacancy, a nobody, a nothing… There is no power without clothes.”

Twain rarely met a top he couldn’t go over.

But he had a point to his joke, as a visit to the Penn Museum makes clear. Clothes and the person are at the heart of “The Stories We Wear,” the major exhibition which relaunches major programming at the museum in the wake of pandemic and renovation-related shutdowns. The exhibition will run through June 12, 2022.

Penn curators have culled through thousands of objects — from the museum’s own collection and from other collections in the region — to come up with about 250 objects that reveal how clothing and accessories reinforce identity and undercut it, sometimes at the same time.

From Marian Anderson’s deep red velvet concert gown she wore many times (from the National Marian Anderson Museum & Historical Society) to a Hopi wedding ensemble to the Amazonian echoes of Scythian warrior women buried with their weaponry, “The Stories We Wear” spins out tales of identity and human adornment.

And one of the first things you notice when entering the exhibit is that while Twain is generally right, when he is wrong, he is very, very wrong, providing one of the show’s best moments.

The classical Greeks loved the unadorned nude male athlete in particular, as Mediterranean archaeologist Sarah Linn, museum liaison and one of three exhibition curators, emphasized during a stroll through the show a few days ago.

She paused next to a bronze statue depicting a nude male runner, most likely a Roman copy of a Greek original, seeming about to dart off, deerlike. Directly in front of Linn loomed Connor Barwin’s towering, cyclopean Eagle, wearing gear on loan from the former linebacker.