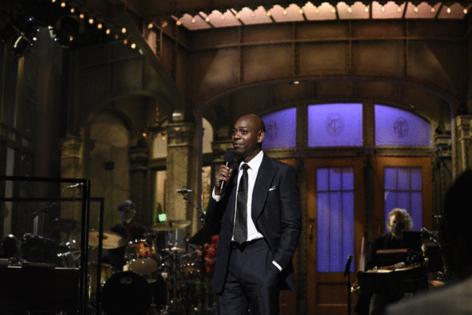 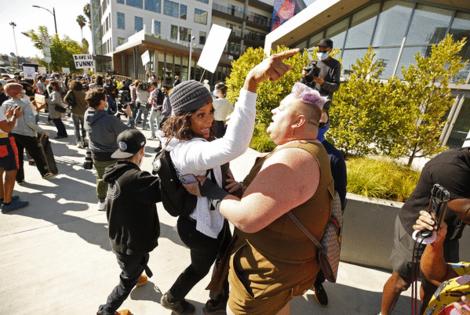 Dave Chappelle reiterated during a recent stand-up performance that he is "more than willing" to meet with transgender Netflix employees regarding their concerns about his comedy special "The Closer" — as long as they meet his three "conditions."

In a video posted Monday on Instagram, Chappelle addressed the long-brewing controversy surrounding his latest collaboration with Netflix, in which the veteran comic makes several transphobic remarks and other insensitive commentary.

During a walkout staged last week by trans Netflix employees and allies protesting the release of "The Closer," rally organizer Ashlee Marie Preston claimed that Chappelle declined invitations to engage in "transformative dialogue" about the special.

"It's been said in the press that I was invited to speak with transgender employees at Netflix and I refused," Chappelle said in the Monday clip.

"That is not true. If they had invited me, I would have accepted it. Although I am confused about what we are speaking about. I said what I said, and boy, I heard what you said. My God, how could I not? You said you wanted a safe working environment at Netflix. Well, it seems like I'm the only one that can't go to the office anymore."

Representatives for Preston did not immediately respond Monday to the Los Angeles Times. It's worth noting that Preston is not a Netflix employee but a media personality and activist appointed to lead last week's rally.

A list of walkout demands reviewed by the Times asked the company to remove all references to and imagery of Chappelle — such as murals and posters — from the workplace and acknowledge the harm the special and Netflix allegedly have caused the trans community.

Organizers also requested that the streaming giant attach a disclaimer to "The Closer" saying it "contains transphobic language, misogyny, homophobia,and hate speech." They have not pushed the company to remove the special, which Netflix co-CEO Ted Sarandos has repeatedly defended.

"I want everyone in the audience to know that, even though the media frames this as me versus everyone in that community, that is not what it is," Chappelle continued in the Instagram video.

"Do not blame the (LGBTQ) community for any of this s---. This has nothing to do with them. It's about corporate interest, and what I can say and what I cannot say. For the record — and I need you to know this — everyone I know from that community has been nothing but loving and supporting, so I don't know what all this nonsense is about."