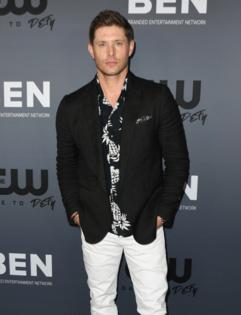 “I’m not even sure where to start,” Ackles wrote Sunday on Instagram. “This has been a tragedy of epic proportions that we are all still processing.”

The “Supernatural” veteran then shared his professional affection for Hutchins, who died Thursday after a prop gun being used by Baldwin fired accidentally during a rehearsal on the New Mexico set.

“Earlier last week I felt compelled to tell Halyna just how awesome I thought she was. I told her how incredible I thought her camera shots were and just how exciting it was to watch her and her team work. Truly,” Ackles added. “She laughed and said thank you and gave me a hug. I’ll forever be thankful we had that moment. She had a spunk and passion that infected the entire crew from the top down,” he wrote.

“She was an inspiration.”

Ackles said he and wife Danneel Ackles had donated to an American Film Institute scholarship fund that was announced Saturday by the cinematographer’s widower, Matt Hutchins, as well as to a union-sponsored Go Fund Me that as of Monday morning had topped more than $200,000 raised.

“My heart and prayers go out to Halyna’s husband, son and the rest of her family. There just aren’t enough words to express what an immense loss this is,” Ackles wrote. “She will be incredibly missed by all of us who knew and admired her.”

The post included a handful of photos of the cinematographer on horseback and with the costumed “Rust” cast.

Hutchins and director Joel Souza, who was injured in the shooting, were huddled around a monitor lining up possible shots when Baldwin, in rehearsal, pulled the gun from its holster and it went off. The gun that was used had misfired the previous weekend.

Hours before the shooting occurred, half a dozen camera crew workers had walked off the set to protest working conditions. In addition to complaints about long hours, long commutes and waiting for their paychecks, sources told The Times that industry-standard safety protocols, including gun inspections, were not strictly followed on the “Rust” set.

In addition to her husband, Halyna Hutchins left behind a 9-year-old son, Andros.