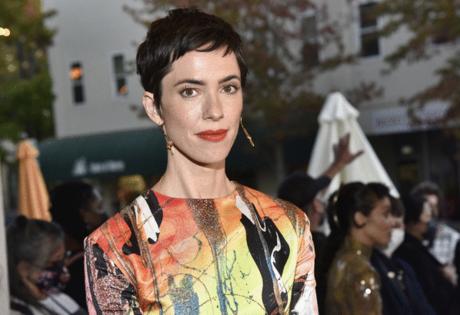 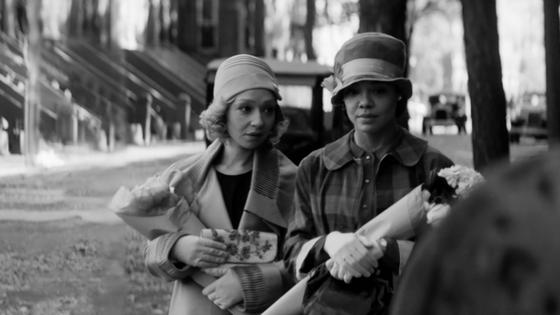 In Chicago last week to receive the Chicago International Film Festival’s Artistic Achievement Award, Hall introduced her supple directorial debut “Passing” at an Oct. 20 screening downtown. She adapted Nella Larsen’s 1929 novel more than a decade ago. It tells the story of Irene (Tessa Thompson), married with children and living a quietly imploding life in Harlem. Her old schoolfriend Clare (Ruth Negga) reenters her life a changed woman; lighter skinned than Irene, she has been passing for white for years now, in a marriage to a jovial racist who does not know her secret.

We talked the morning after the award presentation about “Passing,” which premieres Wednesday in limited theatrical release and streams on Netflix Nov. 10. The filmmaker made it in a breathless but extremely well-prepped 23 days in late 2019. “We didn’t have much money,” she said. “For at least seven years, I showed (the script) to people, initially to people who weren’t necessarily financiers or producers, but people in the industry I trusted.”

What she heard in response? “You going to have a really hard time getting this made. Just stick to it.” That was on the high end. On the low end: “You’ll never get it made.”

Worse, she said, “those people were very sure about that. It was disheartening. Other people, financiers, film companies, would say things to me like, ‘It’s very good, but you won’t get it made unless you make it in color (she didn’t, ultimately), and you cast big stars in the supporting roles of the white men.” (She didn’t do that, either.)

The film industry, she said, “is now trying to actually do the things we’ve been chatting about for years. Diversity, the inclusion of more women, everything.” The opportunities to create, she said, haven’t really come to even partial fruition “until the last few years.”

“Passing,” not quite a hundred pages in length, makes for an ideal small-scale film adaptation, with its tight focus on Irene’s interior psychological state and a few fraught characters. “The thing I think is very radical about the book is it’s not actually really about the woman hiding her racial identity. It’s more about her effect on the woman who’s not hiding her racial identity, but is hiding everything else about herself.”

Hall’s mother, the opera star Maria Ewing, is biracial; her father, Peter Hall, dominated the British stage directing landscape for decades. “Thinking about Larsen’s book in relation to my family’s history of passing, I don’t know … I think ‘Passing’ came into my life just as I was coming to terms with becoming a director. It’s not that I didn’t know; when I was kid I idolized French filmmakers, and Hitchcock. But (the career) didn’t entirely feel available to me. I had all the access and privilege you can possibly have in terms of points of entry to the industry. And I still didn’t think it was ‘my area.’”

There’s a quote, Hall said, by the photographer Robert Frank, “and I thought about it a lot: ‘You should teach the eye to listen before it sees.’” She wanted to create a poetic realm of not-quite-realism for “Passing.”

“I knew it had to be black and white; I knew it had to be in 4:3 (the squarish ratio associated with the silent era); and this was a first film on a hot-button racial topic, with a certain heightened formal filmmaking style and nonconventional soundscape. It takes a huge amount of arrogance, I suppose, to take that on. Making any kind of film is tremendously arrogant, I suppose. So I decided, well, you might as well make your most arrogant film straight out of the of the gate.”

For decades, as a performer, Hall has been mentally cataloguing “how every director I worked with actually works. So on some level, I’ve been preparing the whole time.”

“Passing” premieres in theaters Wednesday and streaming on Netflix Nov. 10.