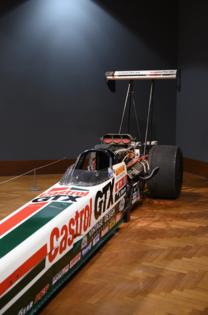 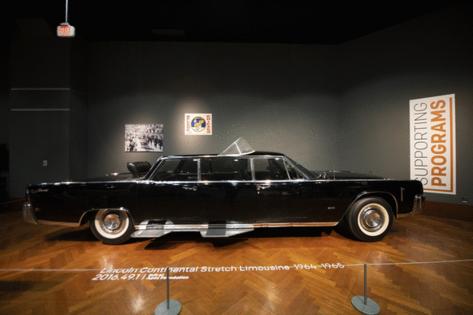 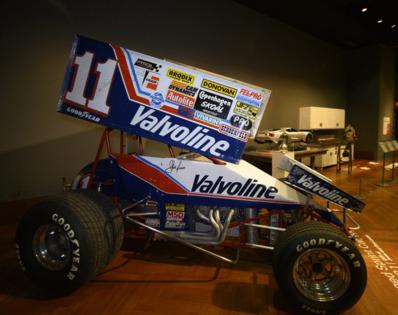 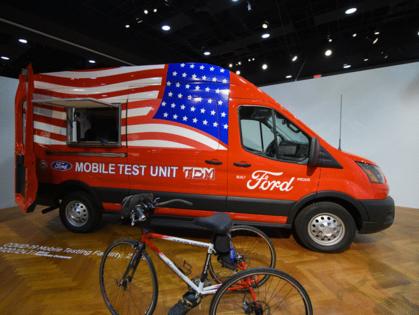 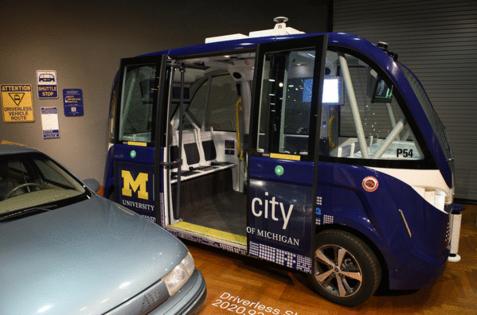 As part of The Henry Ford's newest exhibition, "Collecting Mobility: New Objects, New Stories," it's a Ford Transit Van outfitted as a mobile COVID-19 testing unit, one of 20 Ford created and used in Michigan. A built-in compartment is hermetically sealed with glove holes for medical staff to test someone without being exposed to anything.

The transit van is just one part of "Collecting Mobility," an interesting new exhibition that zigzags back and forth in time to explore mobility. From late 19th-century Columbus Surrey, a type of carriage popular before cars, to 1989 Top Fuel dragster that can hit up to 300 miles an hour, it explores the many aspects of mobility.

Matt Anderson, The Henry Ford's curator of transportation, said the new exhibit showcases some of the museum's newest acquisitions — including an autonomous shuttle bus used at the University of Michigan as part of a study — but also "peels back the curtain" on why the museum collects certain objects.

"The curators, anytime we bring in anything into the collection, we have to write up a defense of why this should be here," said Anderson. "...That's the big takeaway from this exhibit. We don't collect objects. We collect stories. The objects are just the way to tell those stories."

The exhibit, which features more than 30 rarely seen artifacts, includes roughly 10 vehicles. And some are cars gearheads wouldn't expect in a museum, such as a Mustang II from the "malaise era" of 1972-1983. Among car collectors, it isn't their favorite era for the Mustang, said Anderson.

"A lot of people don't collect these but at the time it was a very big-selling car," said Anderson. "...But those cars are some of the hardest to find because collectors don't want them so they're sold for scrap. And that makes them kind of unusual."

The Henry Ford has 26 million pieces in its collection and it's always adding more. A special committee meets weekly to vote on adding new artifacts.

The majority of the items in the museum's collection are photographs, paper records and documents stored at the Benson Ford Research Center. But the museum also recently opened a new storage building behind the museum where it keeps bigger items, such as cars.

One artifact in the "Collecting Mobility" exhibit that showcases how the Henry Ford also collects items that reflect emerging technology is a 2017 "Autonom" driverless shuttle. The shuttle operated on a 1-mile route at UM's North Campus for 18 months. The museum acquired it in 2020.