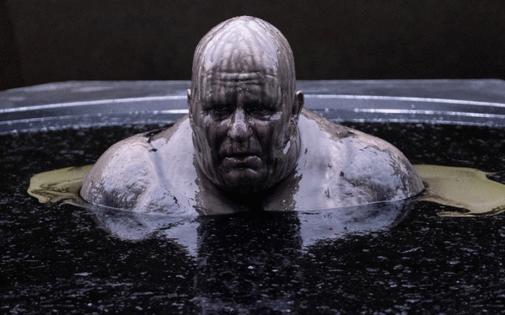 Well before Darth Vader was even a gleam in George Lucas’ eye, author Frank Herbert knew that any good sci-fi epic needs a formidable villain. In his sweeping 1965 novel “Dune,” Herbert introduced one for the ages: a corpulent, power-hungry sadist with the suitably sinister name of Baron Vladimir Harkonnen.

Translating Herbert’s seminal book to the screen in the highly anticipated new film “Dune,” which hit theaters and HBO Max last week, director Denis Villeneuve knew it was critically important to get the Baron and his villainous Harkonnen empire right. More than anything, he wanted to capture the experience he had when he first immersed himself in the complex world of Dune, with all its mystery and menace, as an impressionable 13-year-old in Quebec, Canada.

“The movies that I loved when I was that age were talking to me as if I was an adult,” Villeneuve says. “They were not afraid to be dark and tragic.”

As conceived by Herbert, the Harkonnens, under the ruthless rule of the Baron, are the cruel overlords of the desert planet Arrakis, exploiting it for its precious natural resource known as “spice” and oppressing its native people, the Fremen. A man of insatiable appetites and sadistic tendencies, the Baron is so obese he requires an antigravity “suspensor suit” to move. From his castle on the Harkonnens’ home planet of Giedi Prime, he commands an army that follows him with slavish devotion.

For all its detailed world-building, however, much in Herbert’s novel is left to the imagination — just one of many major challenges posed to those trying to adapt it — and previous efforts to bring the book to the screen envisioned the Harkonnens in different ways.

In his doomed effort to tackle the book in the 1970s, director Alejandro Jodorowsky hoped to cast Orson Welles as the Baron and recruited Swiss artist H.R. Giger, who would go on to worldwide renown for his work on “Alien,” to design the Harkonnen castle. Director David Lynch’s ill-fated 1984 “Dune” depicted the Baron as a grotesque, lascivious loudmouth covered in hideous pustules, with a codpiece-wearing Sting as his heir apparent Feyd-Rautha.

Casting Stellan Skarsgard as the Baron, Dave Bautista as his malevolent nephew Rabban, dubbed “the Beast,” and David Dastmalchian as the cunning “Mentat” adviser Piter de Vries, Villeneuve and his team set out to create a bold new vision of the Harkonnen world.

For Villeneuve, it all started with the Baron — and there, as he saw it, Herbert’s book was something of a mixed bag.

“I think the book is more relevant than ever but some of the elements have aged a bit, and I felt that the Baron was sometimes a bit like a mustache-twisting caricature,” he says. “In the book, he is very talkative but in the film I wanted him to be a man of few words. I wanted the Baron to be frightening, to be a threat, to be a very intelligent being, not a fool or a caricature.”