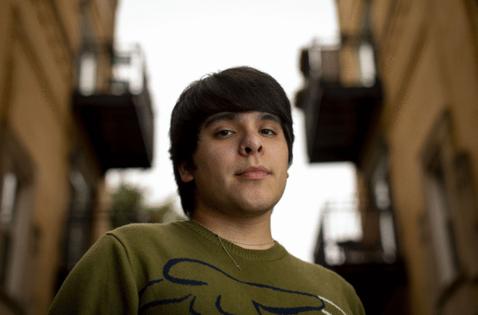 CHICAGO — Victor Cervantes, who performs as Victor Internet, had everything sorted out in the months before March 2020. Years before, Cervantes (who uses they/them pronouns) found indie success with the release of their debut, "Victor’s Debut," at only 17 years old. They were even profiled as a wunderkind in the pages of this paper. But a lot can change in a few years, or even just a few months.

As an adult, Cervantes was eager to embark on a new musical journey across the country in Los Angeles. The cross-country move is not an unfamiliar one for young artists looking to gain more success and opportunities that can’t be found in the Second City.

“I think I was looking for some peace and quiet after living in Chicago for so long,” Cervantes said.

But no one (at least not a young artist) could have predicted the unprecedented cultural and social changes of the COVID-19 pandemic. For Cervantes, this prompted them to move back to Chicago, which they did late this summer, but not before eventually finding time to return to the one thing they’ve always loved: making music. The results of this work is “BLUE 2000,” Victor Internet’s sophomore project, out now.

Many of Cervantes’s plans — including working with a variety of producers — fell through during those early days of the pandemic. Stuck at home during rolling quarantine orders, Cervantes, like many artists, found it difficult to “get creative.”

“At the beginning of the pandemic, I was shying away from calling my friends,” Cervantes recalled. “I kind of distanced myself from everyone, just kind of going through a really bad depressive episode.”

The COVID-19 pandemic has, among many things, solidified the fragility of life and the swiftness of death. Life can radically transform in an instant; what we once knew can never be the same. Much of that weighed on Cervantes’s mind.

“I’m like, ‘What if this last time we talked?’ What if one of them gets sick? So yeah, there was also this really big fear of just, ‘what if this is our last goodbye?’” added Cervantes. “That made me kind of keep my distance and I just wanted to hide. I was really scared.”

Growing up in Chicago with a single mother and multiple siblings, Cervantes was comfortable caring for others. They solidified their independence at an early age. But that self-reliant attitude can only go so far, especially during a time like the present.

Among the many things Cervantes learned during the pandemic (including how to make pasta), reaching out to others became a focal point.