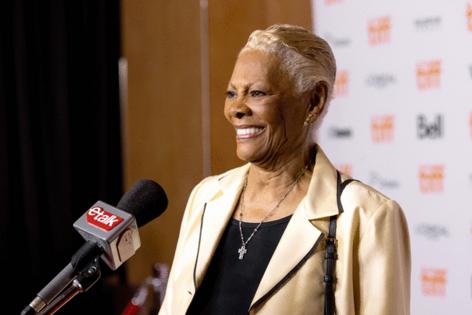 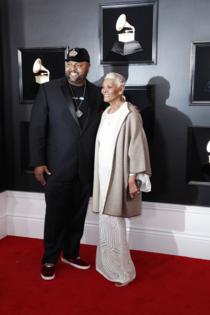 LOS ANGELES — The latest place to hear Dionne Warwick's voice — that one-of-a-kind instrument that defined pop sophistication in the mid-1960s — is up a few flights of stairs behind a grimy storefront several blocks from the beach in Venice.

This is the Ohm Zone, a combination recording studio, sound bath and meditation center owned by Warwick's son Damon Elliott, where the Grammy-winning singer greets visitors in an introductory video full of enveloping tones and high-flown language about the restorative power of certain sonic frequencies.

Part of the booming wellness industry, sound baths are guided meditation experiences that use ambient music to draw practitioners into a state of deep contemplation. And over the past few years, they've cropped up in increasing numbers across Los Angeles as celebrities such as Charlize Theron and Adele have extolled their virtues.

But if other joints offer gongs and singing bowls, only the Ohm Zone boasts the serene vocal stylings of the woman who once soothed a weary nation with swanky hits like "I Say a Little Prayer" and "Do You Know the Way to San Jose."

"Mom's voice is the ultimate healing tool," Elliott, 48, said on a recent afternoon as he sat next to Warwick — and near a large crystal he said was attuned to the heart chakra — inside the bright, minimally furnished space. "So I asked her, 'Can you help me change people's lives?'" Warwick, 80, looked on with motherly pride yet smiled knowingly when asked if she'd experienced a sound bath herself.

"No," she replied. "I wish I had the type of brain that would shut down and leave me alone for a minute. But I don't." She laughed.

"Sleep is the only time when nobody's bothering me."

Indeed, the Ohm Zone (of which the singer is part owner) is just one of the many unlikely spots in which the surprisingly busy Warwick has turned up lately. Last year, she appeared on "The Masked Singer" in an elaborate mouse costume and in an installment of "Verzuz" with her longtime pals Gladys Knight and Patti LaBelle. Her active presence on Twitter, where she's bantered with young artists like the Weeknd and Lil Yachty, led to a recurring bit on "Saturday Night Live" about a Dionne Warwick talk show.

"Hi, @chancetherapper," she wrote in one tweet that earned more than 150,000 likes. "If you are very obviously a rapper why did you put it in your stage name? I cannot stop thinking about this." In another, she wondered, "Who is Olivia Rodrigo yelling at on Good 4 U? I would like to know who we are angry with."

"I'm just being honest — straight-up," she said of her persnickety online persona. The "SNL" tribute was "wonderful," she added. "I laughed like everybody else did. Then I thought, 'Am I really like that?'"