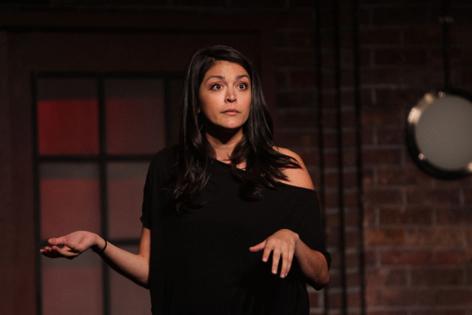 NEW YORK — For her next big gig, Cecily Strong will be working almost every day of the week.

The “Saturday Night Live” breakout is set to make her New York stage debut in an off-Broadway production of “The Search for Signs of Intelligent Life in the Universe,” Jane Wagner’s classic 1977 solo play that starred Lily Tomlin and which was later adapted into a 1991 film.

Directed by Tony-nominated Leigh Silverman, the play will begin performances Dec. 21 at The Shed’s Griffin Theater.

Tomlin and Wagner will serve as executive producers of the production, which will continue performances through Feb. 5, 2022.

Described as an exploration “of American society, art, power, and the feminist movement through a comedic and quick-witted investigation,” “Search for Signs” will mark Strong’s first stage role in New York City. The 37-year-old Emmy Award-nominated funnywoman performed regularly at The Second City and appeared at the Edinburgh Fringe Festival, the Goodman Theater, the Bailiwick Theater and the Mercury Theater.

The acclaimed play cemented Tomlin’s stage career with its presentation of the various characters that would become among her most iconic, particularly the “bag lady” who serves as a sort of emcee.