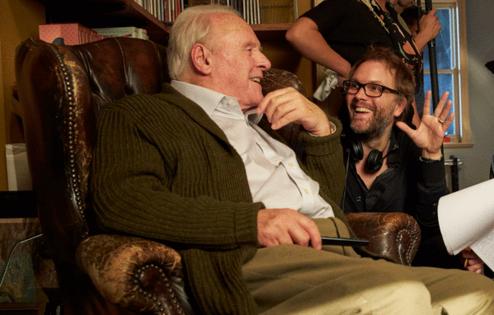 The second time around may also be the charm for Anthony Hopkins.

Fresh off the success of his Academy Award win for his turn in Florian Zeller’s “The Father,” the 83-year-old actor will star in the playwright/director’s follow-up, “The Son.”

“After our journey on The Father, I couldn’t make another film without Anthony,” Zeller said in a statement. “He was the first one to read The Son’s script, as one of its characters was written especially for him. Having him by our side to tell this new story has been an honor, a profound joy and very emotional.”

“The Son” follows Peter and his new partner, Beth — portrayed by Jackman and Kirby — “whose life with their new baby is thrown into disarray when his ex-wife, Kate (played by Dern) turns up with their teenage son.

Details of the British screen icon‘s role have been kept under the wraps and according to The Hollywood Reporter, “The Son” does not follow the same characters as Zeller’s first film.

In “The Father,” also adapted from an acclaimed Zeller play, the “Silence of the Lambs” star plays an elderly man with dementia who doubts his loved ones, his own mind and his sense of reality.

Until now, that is: the actress takes center stage in "Introducing, Selma Blair," a genuinely touching and unflinching look at her ongoing bout with multiple ...Read More