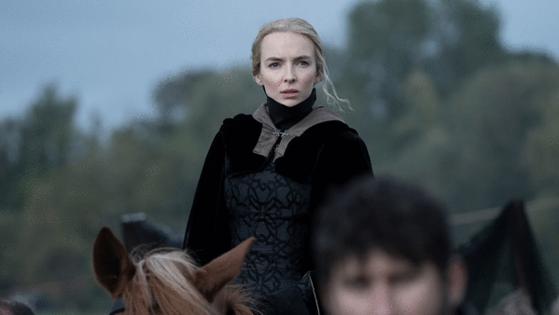 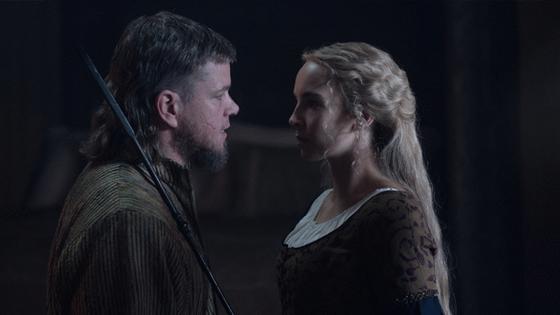 "My drama teacher was entering people from our drama class, and she was like, 'do you wanna do it?' I was like, 'yeah, OK!'" says Comer. "It was just an opportunity to put myself in a competition and win a medal, honestly."

She wound up getting the medal, after performing a monologue about the Hillsborough disaster, a tragedy at a football match in Liverpool in 1989 that resulted in 97 deaths. That sent Comer on her acting path, and while there are still prizes, these days they're much bigger.

Comer won an Emmy in 2020 for her breakthrough role as a psychotic assassin on the deliriously quirky British spy series "Killing Eve," and this summer she hit box office gold in the hit action comedy "Free Guy" — worldwide gross $327 million — starring opposite Ryan Reynolds as a video game developer and a character inside a video game world.

Friday brings "The Last Duel," Ridley Scott's 14th century swords and shields epic, in which she stars alongside Matt Damon, Adam Driver and Ben Affleck. Comer's brave performance has put the actress in the conversation for this year's Oscars — a far way from her local Liverpool drama festival, but the latest step on her journey.

Comer plays Marguerite de Carrouges, who becomes the subject of a heated he-said, she-said accusation of rape in 1300s France. The film features a pair of intense depictions of sexual assault, told from two different perspectives, which Comer says were handled extremely delicately on-set by co-star Driver and director Scott.

"When we were shooting those scenes, as soon as (Scott) yelled 'cut,' he told everyone to get out of the room, and the three of us just kind of sat in there and discussed what it was that we'd found," says Comer, on a Zoom call over the weekend from New York. "And then of course we had to shoot it from either perspective."

Marguerite's viewpoint was shot first, in which she's clearly the victim of rape, followed by that of Driver's character, who takes Marguerite's protests as playful come-ons. While "The Last Duel" takes place 600 years ago, the trick of the film is the parallels it draws to today's sexual politics in the #MeToo era.

Comer says between the two versions of the scene, establishing the truth with her character allowed her to pivot and think about how the individual movements she made could be misconstrued as invitations in the eyes of her attacker. While difficult to film, Comer found the end result of the experience professionally satisfying.

"(Filming) emotional things, and things in regards to rape in particular, there's always a sensitivity to them, and you feel vulnerable and very exposed," she says. "But I feel like when you handle them correctly, you feel incredibly fulfilled afterwards."