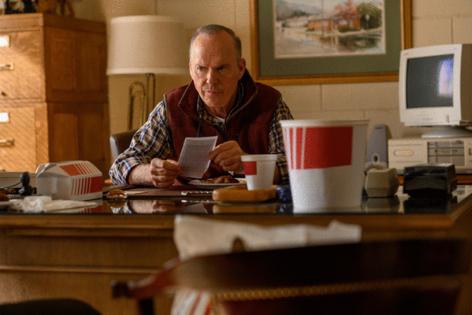 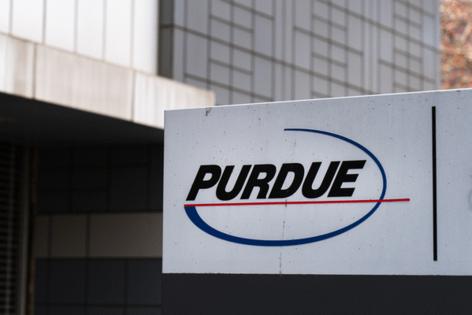 The OxyContin epidemic, which has been going on for a couple of decades and change, is the subject of "Dopesick," a new miniseries from Hulu. It joins Alex Gibney's recent documentary "The Crime of the Century," Patrick Radden Keefe's book "Empire of Pain," and the latest in a trio of episodes of John Oliver's "Last Week Tonight" in shining a harsh spotlight on the drug's manufacturer, Purdue Pharma; the family who owns it, the Sacklers; and the Food and Drug Administration, who, by omission and commission, essentially colluded in allowing a dangerous, addictive narcotic to be marketed as safe and nonaddictive.

Developed by Danny Strong ("Recount," "Lee Daniels' The Butler") from Beth Macy's book "Dopesick: Dealers, Doctors and the Drug Company that Addicted America" and directed in part by Barry Levinson, it's both understated and obvious. Given the subject matter, there will be some frustrating if not unpredictable outcomes, some of which are supplied by history. But there is a welcome lack of pounded tables, clenched jaws, throbbing temples and speechifying. It's true that Rosario Dawson's composite character — Bridget Meyer, a high-ranking Drug Enforcement Administration officer committed to getting OxyContin off the street — has been fashioned with a short fuse and a disregard for niceties. But Peter Sarsgaard as career prosecutor Rick Mountcastle (real person), John Hoogenakker as Assistant U.S. Attorney Randy Ramseyer (real person) and Jake McDorman as John Brownlee, federal prosecutor for the state of Virginia (real person), are convincingly businesslike as they make their way through a thicket of executives, lawyers and doctors in pursuit of evidence to convict the Sacklers. Really, there's something sort of low-key thrilling in the way Sarsgaard makes a phone call.

The show moves back and forth between contrasting environments: the Appalachian mining town where Michael Keaton's Dr. Samuel Finnix practices; the cushy, emotionally sterile world of the Sacklers; and functional government offices and courtrooms, with side trips to diners, posh restaurants, fishing spots and an Arizona resort.

As Finnix, Keaton is the embodiment of the good country doctor. He tells fish stories during an examination, drops in every night to make sure an elderly patient has taken her pills and is sympathetic toward young patient Betsy Mallum (Kaitlyn Dever, so memorable in "Unbelievable"), who works in the mines, is gay and afraid to come out. (Mare Winningham and Ray McKinnon play her unsympathetic parents, sympathetically.) Almost inevitably, Finnix is a widower, and that his wife died in pain from ovarian cancer is a character-determining detail.

Will Poulter plays Billy Cutler, the story's moral wild card, a Purdue salesman assigned to Finnix who overcomes the doctor's doubts about Oxy and opioids, and whose developing relationship seems to hold the seeds of surrogate father and son. Billy unfortunately is drawn to the dark side of the sales force by its material rewards — he'll use the word "addicted" — and his somewhat unaccountable crush on a completely horrible, money-obsessed and morally bankrupt — if, yes, good-looking — colleague (Phillipa Soo) .

Who's good and bad, and who's good but unlucky or unwise, is always clear. The Sacklers, to the extent we see them, are empty sacks, as humanly useless as they are self-approving, and as the ambitious Richard Sackler, primarily responsible for OxyContin being misrepresented and oversold, Michael Stuhlbarg muscles out any hint of likability; he is a kind of sad demonic mediocrity. It makes at least a little sense: that no one likes him — not his relatives, not his employees, even his dog seems no better than neutral on the subject — is part of what drives his pursuit of power. But it seems out of key with the series' other main performances, especially when compared to the modest naturalism of Keaton, Dever and Sarsgaard.

Strong hits the the factual main points, and many minor ones: Purdue's hard-sell-disguised-as-soft-sell sales techniques; the invented medical conditions requiring larger and larger doses; the junkets designed to seduce doctors into prescribing OxyContin for moderate rather than severe pain; a guide to how to extract the opioids from Oxy for a heroin-like high; crime rates going up and lives going down; different varieties of rehab; pharma-promoted "pain societies"; branded OxyContin fishing hats, plush toys and compact discs and unbranded pain charts now familiar from hospital visits — according to "Dopesick," produced by Purdue under another name.

The procedural element has the flavor of a newspaper story, like "Spotlight" (another Keaton performance) or "All the President's Men," given that the investigators are temperamental outsiders within the context of their various agencies, and unloads a lot of exposition without seeming too obvious about it. Indeed, certain points are explained more than once, in order to keep them from getting lost in the often muddling non-chronological timeline and various interlocking stories, any of which might feed an eight-hour miniseries. A little bit of personal detail embroiders the investigators' lives, just enough to indicate that feds are people, too. (Dawson's composite character gets a more developed, complicated personal life, but it doesn't add much to the story.)

Seven of eight episodes were made available, and I can't say how far the series follows history. But you may know that the Sacklers were recently shielded from personal liability in the many lawsuits brought against them, a controversial decision now under appellate review. This being the case, it's nice at least to have their names, and those of their cronies, carved a little deeper into the Wall of Shame.