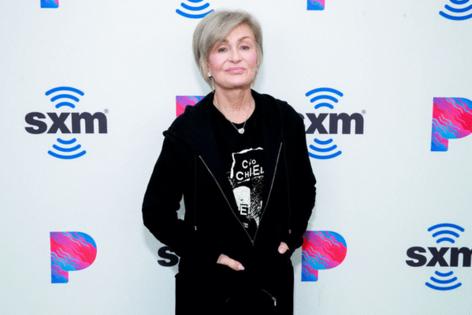 “The Talk” may have changed, but the gossip has not.

Former CBS host Sharon Osbourne said her former “The Talk” colleague Sheryl Underwood underwent anger management training because of the way she dealt with producers on the program.

“Sheryl had three complaints about her from different producers about the way she treated them,” Osbourne alleged.

The big reveal came out during a visit with SiriusXM’s “The Megyn Kelly Show” after Osbourne said, regretfully, she wasn’t able to share gritty details of conflict behind the scenes on the popular but controversial chat show. According to Osbourne, CBS execs came to her about issues involving Underwood and she defended her colleague.

“They called me and I said, ‘You can not get rid of Sheryl, there is no way, she can’t take that, you just can’t do it,’” Osbourne claimed. “So they sent her to anger management.”

Osbourne left “The Talk” after 11 years following a dust-up with her co-hosts in March, that ensued when she defended fellow broadcaster Piers Morgan, who’d recently walked off the set of his British talk show during a heated debate with a colleague.

The controversy around both Morgan and Osbourne’s incidents took-on racial undertones. It was Underwood’s questioning of Osbourne that seemed to set off the sparks on “The Talk.” Osbourne later apologized for her “panicked” and “defensive,” conduct during the segment that went sideways, but she said for CBS executives, that wasn’t enough.

“So it’s all right to treat producers that way, but I can’t say anything to a co-host,” Osbourne told Kelly.

Kelly clarified that what Osbourne was saying is that “when the chips were down,” Osbourne protected Underwood, but that favor was not reciprocated. Osbourne confirmed indeed that was her position.

“None of us are perfect,” Osbourne said. “We all make mistakes.”

She added Underwood’s alleged issues with producers don’t make her a “terrible person,” but concluded, “Hey, that’s her problem, not mine.”

Underwood remains on “The Talk,” which has seen significant turnover in 2021. CBS has not responded to a request for comment.