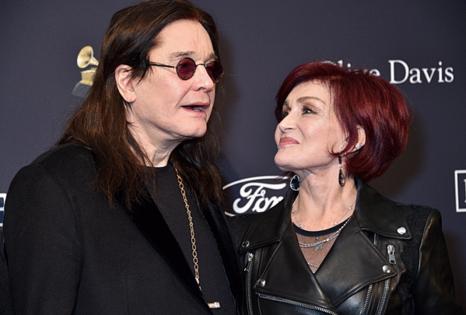 What in God’s good name?

Ozzy Osbourne is thanking Lucifer for protecting him from coronavirus.

The Grammy Award-winning heavy metal icon credited Satan for covering him during the pandemic, even as close family members contracted COVID-19.

“My wife had the virus; my daughter had the virus and I never got it,” he told Metal Hammer. “Being a devil worshiper does have its good points!”

In December, the Black Sabbath frontman’s longtime spouse, Sharon Osbourne, tested positive for the deadly disease, which has claimed the lives of over 700,000 U.S. citizens to date. The 69-year-old Emmy Award winner posted on Instagram that she had a “brief hospitalization.”

It’s not clear when and if daughter Kelly Osbourne had the disease but during the start of the pandemic, she was quick to start a social media campaign, posting #StayHomeforOzzy, to encourage people to quarantine to keep high-risk people safe.

The Osbournes have another daughter, 38-year-old Aimee, an actress and singer who has distanced herself from the family members’ public personas.

While the devil may or may not have protected the British rocker also known as the Prince of Darkness from coronavirus, Osbourne has been grappling with other serious health challenges.

In January 2020, the 72-year-old Birmingham native revealed that he’d been diagnosed with Parkinson’s disease. In 2019, he had to undergo neck surgery related to a nasty fall, while also contracting a potentially fatal staph infection.

“These past two years I’ve been in a terrible f—king state,” he told Metal Hammer in April.

“I’ve struggling with this f—king broken neck, looks like I’m in for more surgery,” he said. “I’m in physical therapy right now.”