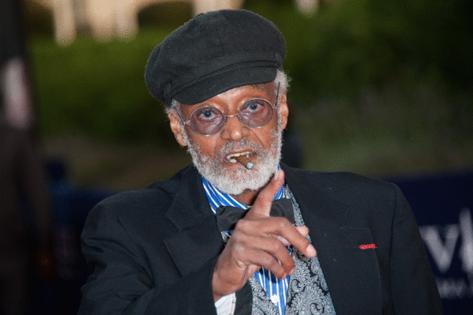 The Chicago native, who grew up in suburban Phoenix about 20 miles south of downtown Chicago, died Sept. 21 at the age of 89. Without Van Peebles, there is no Spike Lee, among others. Van Peebles broke through with the outlandish studio-financed satire, “Watermelon Man” (1970), followed a year later by his self-financed, X-rated provocation (also a big success) “Sweet Sweetback’s Baadasssss Song.”

As the profits from “Watermelon Man” rolled in, Columbia Pictures offered Van Peebles a three-picture deal. The director had some questions and bristled at the meddling he knew he was about to endure. He walked away. And despite the conspicuous profitability of “Watermelon Man” and “Sweet Sweetback,” he was effectively finished within the white Hollywood system, i.e., the Hollywood system.

Like Illinois-born Oscar Micheaux before him — the key Black filmmaker of the first half of the 20th century is the subject of a new documentary premiering locally next month at the Chicago International Film Festival — Van Peebles made a career despite every closed door and racially prescribed limitation imposed on his ambitions.

A few years before “Watermelon Man,” he’d already broken through artistically with “The Story of a Three Day Pass” (1967), which I saw for the first time only a few years ago. By 1967, Van Peebles already lived a dozen or more different lives: U.S. Air Force veteran, San Francisco streetcar worker, prolific writer, maker of short films.

By this time he’d relocated to France. Van Peebles became fluent in French, as a speaker as a novelist. The French culture ministry, working on a financial scale far larger and more expansive than the newly formed National Endowment for the Arts, routinely supported writers with French residency who wanted to make films. That’s how Van Peebles turned his novel “La Permission” into “The Story of a Three Day Pass,” his debut feature.

It couldn’t have happened here.

In the film, a Black American G.I. played by Harry Baird is on leave in Paris. He meets a white French woman (Nicole Berger, of Francois Truffaut’s “Shoot the Piano Player”). Their flirtation, affair and aftermath becomes, in the filmmaker’s hands, a kaleidoscope of visual and aural possibility and expression. Inner monologues, flashes of fantasy and caricature, themes of “Uncle Tom”-ism, France’s slippery, dodgy racism — it’s all in there.

Van Peebles’ breakthrough is a time capsule, I suppose, but that phrase implies something distant and musty. “The Story of a Three Day Pass” is neither. It came out of a time when Black American artists, writers and the very occasional filmmaker confronted what needed confronting, sometimes harshly, or crudely, sometimes with startling delicacy and eloquence, sometimes all at once. Amiri Baraka’s “Dutchman,” James Baldwin’s “Blues for Mister Charlie” and especially “The Fire Next Time,” Lorraine Hansberry’s “The Sign in Sidney Brustein’s Window”: The list isn’t long, but the decade afire in America and abroad needed every ounce of these creators’ work, desperately.

What Van Peebles created, others borrowed, and that’s the history of American cinema in a phrase. When the G.I. enters a nightclub in “The Story of a Three Day Pass,” the light shifts and it becomes a dream sequence — the man’s vision of himself at his ultra-coolest, behind shades and an aura of irresistible Black manhood. He doesn’t walk; he glides, standing like a statue on an unseen camera dolly. Depicted this way, the G.I. carves the crowd of dancers and onlookers in half, like Moses and the Red Sea.

It’s a startling shot, and by now a cliche. We know it from Spike Lee’s work, nearly all of it. Every time Lee executes a variation on that visual flourish, it’s one filmmaker paying tribute to the filmmaker whose self-made career helped make Lee’s own career possible.

Entire columns have been written on that grandly self-aware shot, a kind of “dicty glide” (to borrow a Duke Ellington song title, “dicty” being slang for snooty or high-hat), framing a character within and outside the action. Frozen in time, but advancing.

Van Peebles’ career may have been frozen in its tracks — cruelly, after the one-two punch with “Watermelon Man” and “Sweet Sweetback” should’ve set him up for more. But he advanced all the same, and it’s important to know where his film career really got started. “The Story of a Three Day Pass” isn’t easily streamed these days, but it’s also available as part of the Criterion four-pack of Van Peebles’ films.

Hail and farewell to a pathbreaker, as he glides onward.