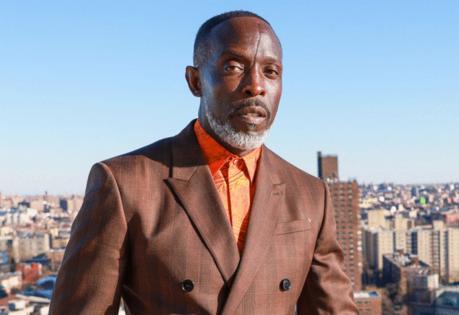 NEW YORK — “The Wire” actor Michael K. Williams died from a lethal combination of fentanyl, heroin and cocaine, the city’s medical examiner said on Friday, revealing the cause of death for the beloved Brooklynite.

The Flatbush native, who publicly struggled with addiction, was found dead on Sept. 6 in his Williamsburg penthouse.

Authorities had suspected that Williams had died from a drug overdose when police found a glassine envelope containing drugs inside his apartment, according to sources.

Over the years, Williams, 54, had spoken openly about his struggles with drug addiction, both before breaking into show business and during his time on the HBO’s groundbreaking hit series set in Baltimore, “The Wire.”

“I was playing with fire,” Williams told the Newark Star-Ledger in 2012, describing how he’d score drugs in the city’s most dangerous neighborhoods.

“It was just a matter of time before I got caught and my business ended up on the cover of a tabloid or I went to jail or, worse, I ended up dead. When I look back on it now, I don’t know how I didn’t end up in a body bag.”

Williams was best known for his portrayal of Omar, the hard-core stick-up specialist who robbed drug dealers.

Fans of the actor had hoped he would score a posthumous Emmy after he was nominated for his work on “Lovecraft Country.”

Tobias Menzies, who took the outstanding supporting actor in a drama series prize, was not at the award ceremony Sunday night, but dedicated his statue to Williams in a tweet he posted after his win.

“Congrats to all my brilliant fellow nominees,” Menzies wrote. “But want to dedicate this to Michael K Williams, his performance as Omar in The Wire is one of the great screen performances, he will be deeply missed.”