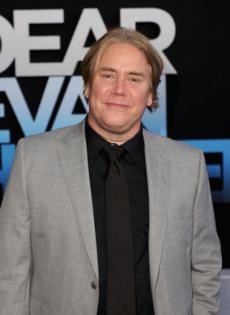 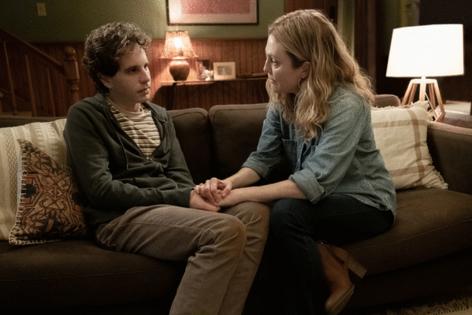 It doesn't take more than a glance to come up with a few obvious connections between "Dear Evan Hansen" and "The Perks of Being a Wallflower." Both are high school dramas about troubled teens trying to overcome social anxiety so they can make friends and find love. They also both began in one medium — a musical and a novel, respectively — before being adapted for the big screen.

Most obviously, both movies were directed by Stephen Chbosky, an Upper St. Clair, Pennsylvania, native who also authored the "Perks" novel before directing and writing the 2012 movie version that filmed in Pittsburgh. Having him direct a "Dear Evan Hansen" movie seemed like a natural fit, especially since some members of the Broadway musical's creative team said "Perks" was a tonal influence on their show.

Chbosky recently chatted with the Post-Gazette about the film that debuts Friday. As a parent of two young children, he was in a much different stage of life with "Perks" than with "Dear Evan Hansen." That perspective helped Chbosky get into the right headspace for a different kind of high school drama that ultimately made this film feel like "a sibling to 'Perks.'"

"It's not the structural similarities that I saw, but I saw the thematic similarities," he said. "Trying to talk realistically about what young people are facing and their parents. ... Because of the wonderful characters of the parents, I related to 'Dear Evan Hansen' in a different way than I did with 'Perks.'"

"I was so afraid of being beaten up," he said, noting that a trip to Broadway in New York City his senior year left him with a hunger to explore the world beyond Pittsburgh.

"I saw it as a natural fit to pay that forward and tell all these stories that meant so much to me growing up," he said. "It seemed like a nice thing to do."

Chbosky has seen "Dear Evan Hansen" multiple times and said he is continually struck by the "the matter-of-factness" of the musical numbers and considers it "basically a drama with songs." His goal was to capture that feeling on film by staying true to the musical's mostly minimalist staging with a few cinematic flourishes thrown in.

Platt was always Chbosky's first choice to play Evan. He believes the actor "brings something to it almost akin to autobiography" and is still in awe of what is "almost a physiologically impossibility" to sing while simultaneously acting out an emotional breakdown.

Chbosky has seen the internet discourse suggesting Platt is now too old to play a high school student.

"People can snark out all they want, that's fine with me," he said. "But for me, even the biggest cynics that go into the movie, by the end they see what he can do. How can you choose anyone else? It's a remarkable performance and one for the ages, and I'm really honored that I got to work with him."

The director feels the same about the rest of his "dream cast." He said Moore "can act the phone book" and Adams can "go through more shades of emotion in 20 seconds than I've ever seen." He considered Dever to be his "not-so-secret weapon" and lauded her ability to sing live while driving a car and belting out her feelings.

This wasn't a particularly easy movie to film, mostly due to the COVID-19 pandemic. The production took place in Atlanta and was constantly losing actors to positive tests and potential filming locations to pandemic-induced safety regulations. Chbosky said the toll of everyone being away from their families did help them channel those feelings of loneliness into their work on the film.

"All of that led to the tone of the movie," he said. "We were dealing with isolation, depression and anxiety, and that's what we faced every day. ... I'm very excited and gratified that this can do some good for the world right now because I think the world can use it."