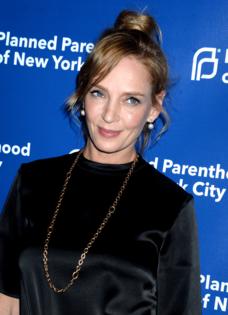 Uma Thurman wants everyone to have the same choice she made: to get an abortion when they aren’t ready to be a mother.

The 51-year-old actress revealed her “darkest secret” in an op-ed in the Washington Post Tuesday in which she called the Texas abortion law “a staging ground for a human rights crisis for American women.”

In her late teens, Thurman revealed, she got pregnant by a “much older man” and, with the help of her parents, decided to get an abortion in Germany.

“My childish fantasy of motherhood was soundly corrected as I weighed answers to their very precise questions,” she wrote.

“I was just starting out in my career and didn’t have the means to provide a stable home, even for myself. We decided as a family that I couldn’t go through with the pregnancy, and agreed that termination was the right choice. My heart was broken nonetheless.”

“The abortion I had as a teenager was the hardest decision of my life, one that caused me anguish then and that saddens me even now, but it was the path to the life full of joy and love that I have experienced,” she wrote. “Choosing not to keep that early pregnancy allowed me to grow up and become the mother I wanted and needed to be.”

Texas’ Senate Bill 8, which took effect on Sept. 1, bans abortions after six weeks of pregnancy, before most women know they’re pregnant, and eliminates exceptions for pregnancies that are the result of incest or rape.

“This law is yet another discriminatory tool against those who are economically disadvantaged, and often, indeed, against their partners. Women and children of wealthy families retain all the choices in the world, and face little risk,” Thurman wrote.

“To all of you — to women and girls of Texas, afraid of being traumatized and hounded by predatory bounty hunters; to all women outraged by having our bodies’ rights taken by the state; and to all of you who are made vulnerable and subjected to shame because you have a uterus — I say: I see you. Have courage. You are beautiful. You remind me of my daughters.”