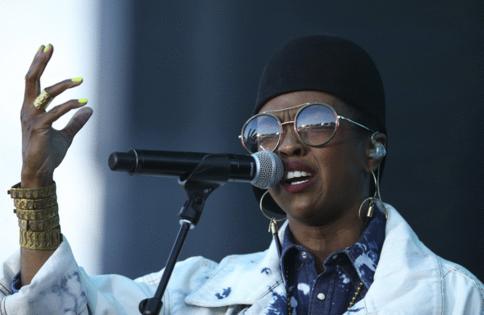 The trio – comprised of original members Ms. Lauryn Hill, Wyclef Jean and Pras Michel – announced Tuesday that they are celebrating the 25th anniversary of their seminal 1996 album, “The Score,” with a 12-city international tour.

“I decided to honor this significant project, its anniversary, and the fans who appreciated the music by creating a peaceful platform where we could unite, perform the music we loved, and set an example of reconciliation for the world,” Hill said in a statement.

“As I celebrate 25 years with the Fugees, my first memory was that we vowed, from the gate, we would not just do music we would be a movement,” Wyclef added. “We would be a voice for the un-heard, and in these challenging times, I am grateful once again, that God has brought us together.”

The Grammy Award-winning group will kick off Wednesday with an intimate pop-up show in New York City as part of the Global Citizen Live global series of concerts, which will continue until Saturday.

The scheduled event marks their first performance together in 15 years.

Fugees fans can earn free tickets by accessing the Global Citizen website, which encourages people to take action to end the hunger crisis and protect the planet.

The group will then travel abroad to Paris, London, Nigeria and Ghana.

Considered one of the best hip-hop albums of all time by critics and fans alike, “The Score” sold over 12 million copies and earned two Grammy Awards: Best Rap Album, and Best R&B Performance by a Duo or Group with Vocals, for their contemporary cover of Roberta Flack’s 70s classic “Killing Me Softly.”

Tickets for the tour go on sale Friday.